It was a day of tears and hugs, song and pride.

Hundreds of students, faculty, staff, community and family members of Joseph Vaughn ’68, Furman’s first African American student, came together on Jan. 29 to celebrate Joseph Vaughn Day and to reflect on his historic achievement. It was on that day in 1965 that Vaughn had enrolled as a student, setting the university on the course to desegregation.

“Today’s event will lay the foundation for ongoing programming and initiatives, celebrating a paramount time in the university’s history that started us on a journey toward becoming a more inclusive, equitable and just community,” Furman University President Elizabeth Davis said during the day’s ceremony

In 2018, Furman’s Task Force on Slavery and Justice released the “Seeking Abraham” report, which documents the school’s early ties to slavery and makes recommendations. The report recommended the creation of Joseph Vaughn Day, an increased scholarship in his name, a sculpture of Vaughn to be placed in front of the library, and the placement of markers and plaques throughout campus to tell a more complete story about the people and actions that shaped Furman. The university selected artist Steven Whyte to sculpt the statue, which should be completed by next year’s Joseph Vaughn Day.

Since receiving approval from the Board of Trustees, the university also has removed “James C.” from Furman Hall and installed a plaque that honors the entire Furman family, noting “the diverse community of students, faculty, staff, alumni and friends who study, work and gather” on campus. The plaque acknowledges that while James C. Furman, the university’s first president and the son of its namesake, worked to build and save the university after the Civil War, he was also a vocal proponent of slavery and secession.

The board also approved changing the name of Lakeside Housing to the Clark Murphy Housing Complex in honor of Clark Murphy, an African American who worked for decades as a groundskeeper at the Greenville Woman’s College, which later merged with Furman University. A plaque placed at the front entrance of Judson Hall tells his story 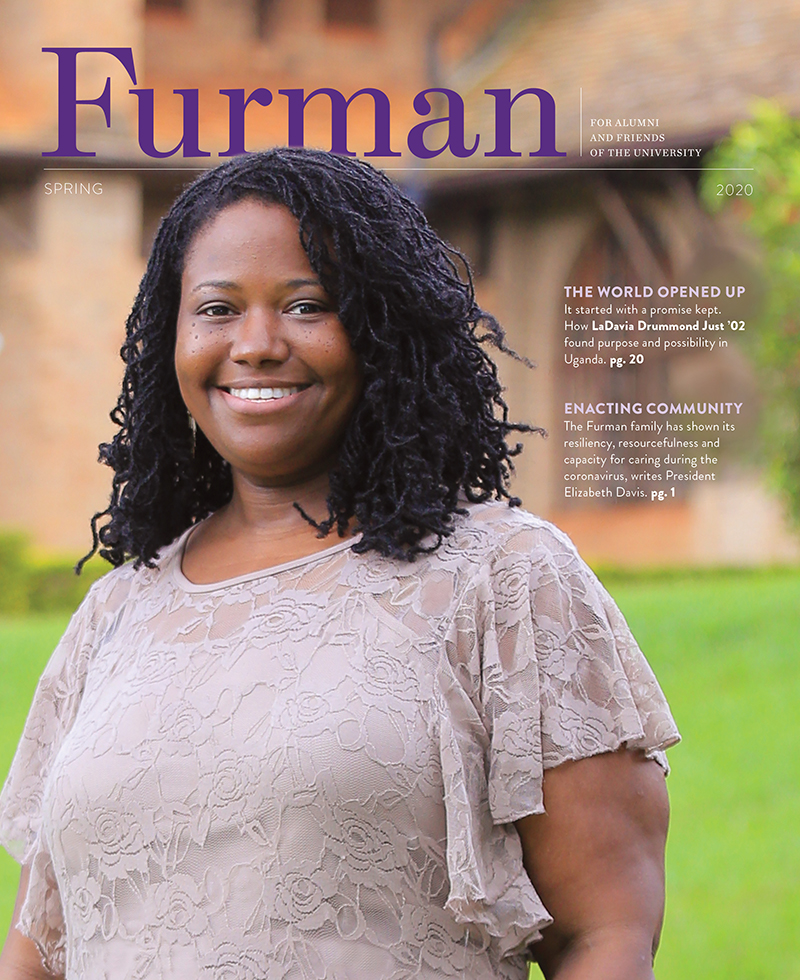