People have been trying to put Richard W. “Dick” Riley ’54 in charge of things for almost all of his life. But to this day, one of Furman’s most celebrated and accomplished alumni has never been more surprised at finding himself in a position of power than when he was elected president of the Woodside Music Club in elementary school.

“I definitely was not the best pianist in the crowd,” Riley remembers with a laugh, but it was the start of a trend. A few years later at Greenville High, the football team selected Riley as one of the team’s co-captains despite a similar level of ability in the sport — or lack thereof.

That’s when he started getting suspicious.

“That told me I might have some leadership ability,” Riley says. He tested his hunch by spending the next seven decades transforming the lives of thousands with an unwavering dedication to improving education while relentlessly championing diversity, equality and inclusion.

Now 86 and one of the country’s most beloved public servants, it’s official: He can drop the “might.”

As the Richard W. Riley Institute at Furman University approaches its 20th anniversary in October, it seems no corner of the Palmetto State is untouched by its “leadership, knowledge, impact” model. Two landmark education studies, the opening of 13 New Tech Schools in low-achieving, low-income communities, and more than 2,100 Diversity Leaders Initiative graduates who have carried out 250 civic action projects are just a few of the programs and research activities that have made the institute one of the most important organizations for change in the country. 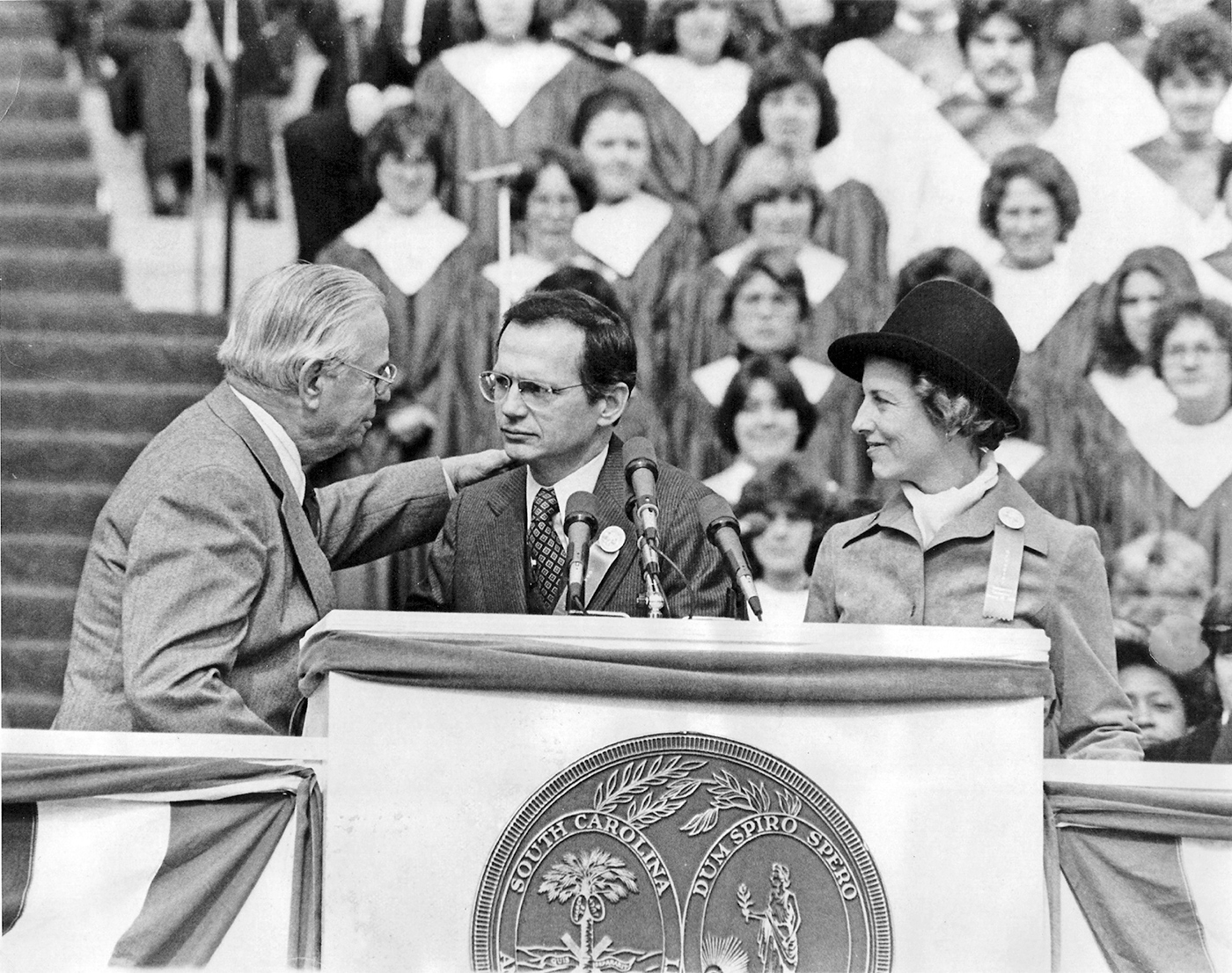 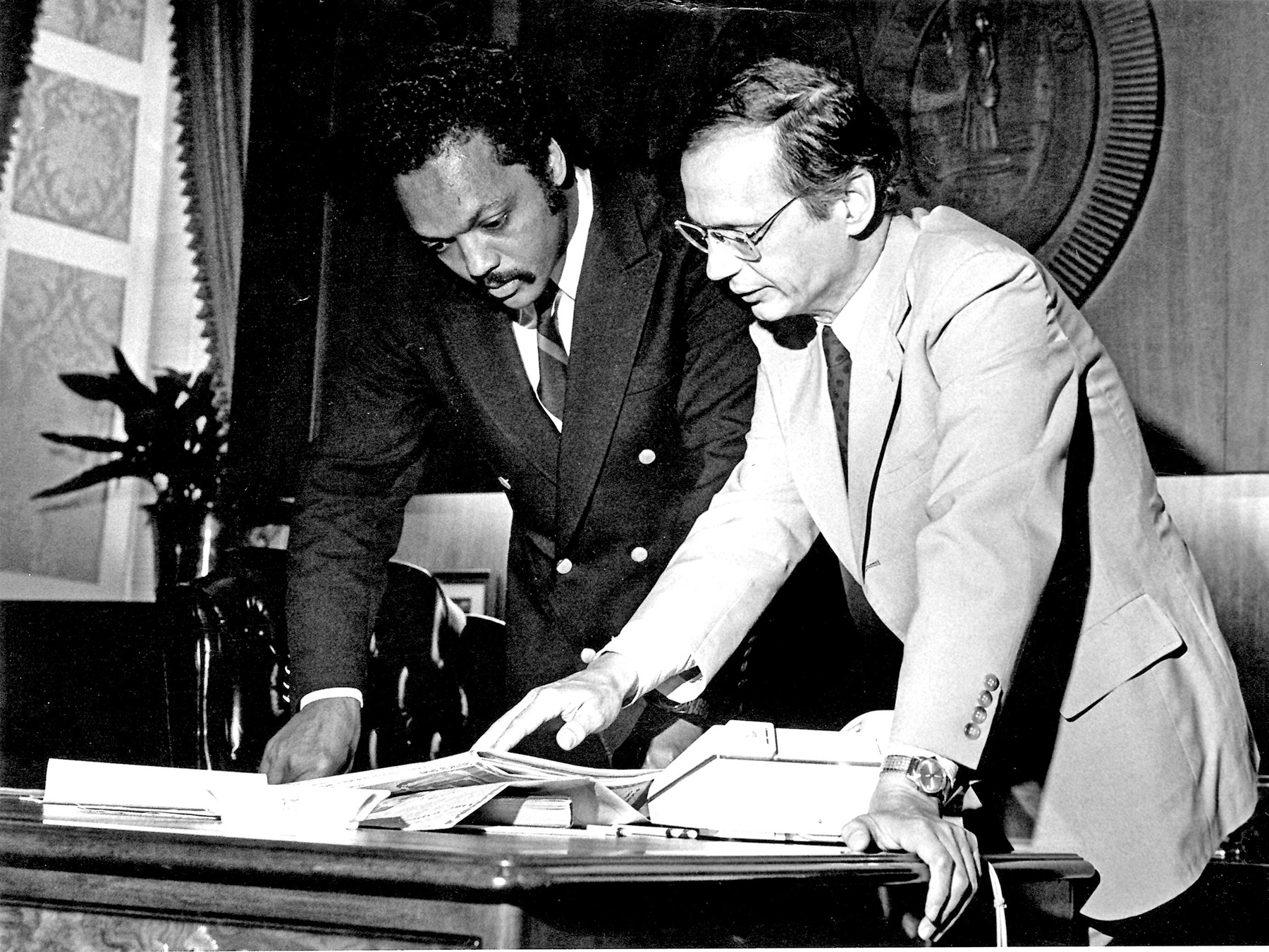 “Dick Riley has more respect, quite frankly, than anybody I have ever seen,” says Don Gordon, the institute’s executive director and a Furman professor of politics and international affairs. “If he ran for governor right now, I’ll bet you Dick would win because he has that kind of cross-aisle importance. But nationally, he’s even more important.”

When the Riley Institute launched in 1999, Riley still had more than a year left as President Bill Clinton’s secretary of education and was approaching the fourth decade of a political career that had begun as a member of the South Carolina House of Representatives in 1963. His popularity became so great after he was elected to his first term as South Carolina governor that voters overwhelmingly approved a change to the state constitution, allowing him to run for a second term, which he won with 70 percent of the vote.

Riley went on to pass the Education Improvement Act, still one of the most comprehensive education bills the nation has ever seen, while serving as the first two-term governor in the state’s history. Passing the education law was an achievement that would not have been possible in only four years, he says.

As secretary of education, Riley implemented the first federal grants to charter schools and hosted the first Conference on Education Technology, while expanding college grants and loan programs. No other secretary of education has ever served all eight years of a two-term president. His accomplishments led to Riley being named one of Time magazine’s “Top 10 Best Cabinet Members” of the 20th century. Certainly, if anyone had earned the right to sail off into the sunset, it was Riley. The thought never occurred to him.

While they weren’t sure exactly what the institute would look like at the start, everything the organization did to take on “issues critical to South Carolina’s progress” was to be data-driven and nonpartisan. In the years since, what started as an acorn has grown into an oak tree with a canopy spreading over three centers, making it appear that the Riley Institute is everywhere. Still, the institute remains deeply rooted where it was first planted.

“My first love in terms of service has always been education, especially for people who were unfortunately not involved in the kind of education that they needed in today’s world,” Riley says. “That was my overriding interest.” Riley grew up in the segregated South, attending school with only white students and teachers, surrounded by institutionalized racism. But rather than being blinded to the rest of the world, he only saw it more clearly. Riley has fought his entire public life to give everyone the same opportunities for advancement, which meant facing some demons.

“When I was inaugurated governor the first time, I had them change the ceremony from the north side of the State House to the south side, and I made my inaugural address about that subject that the country was now facing south,” Riley says. “When you look at the history of the South after the Civil War and during the Reconstruction, we had the deepest economic problems of any part of the country by far. It was just a tragic area, the South. Things were beginning to happen, though, in the so-called New South in the late ’50s and ’60s. That really interested me to move that forward.” 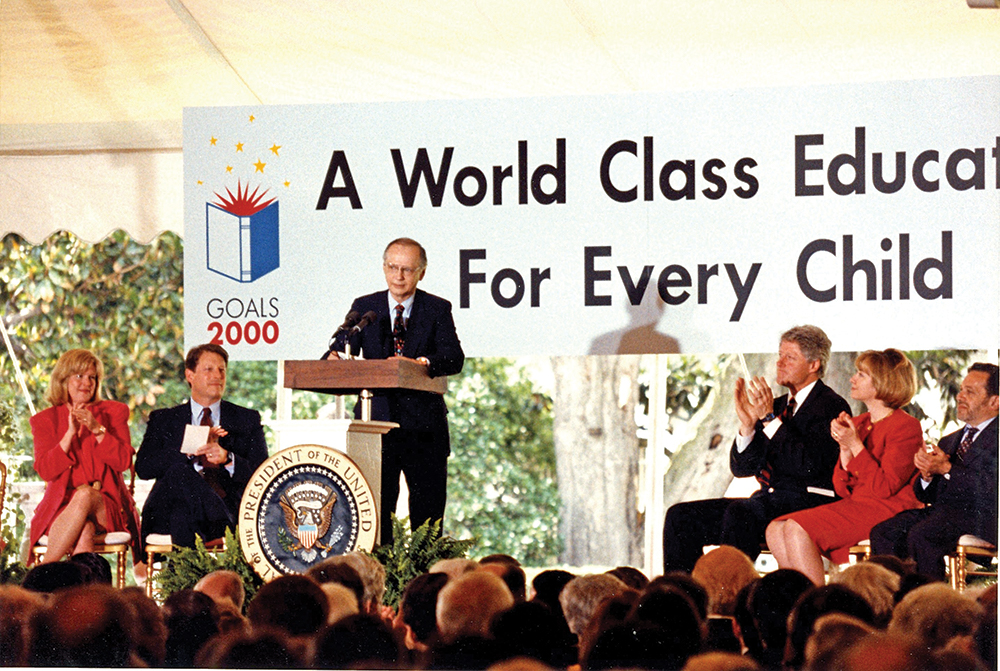 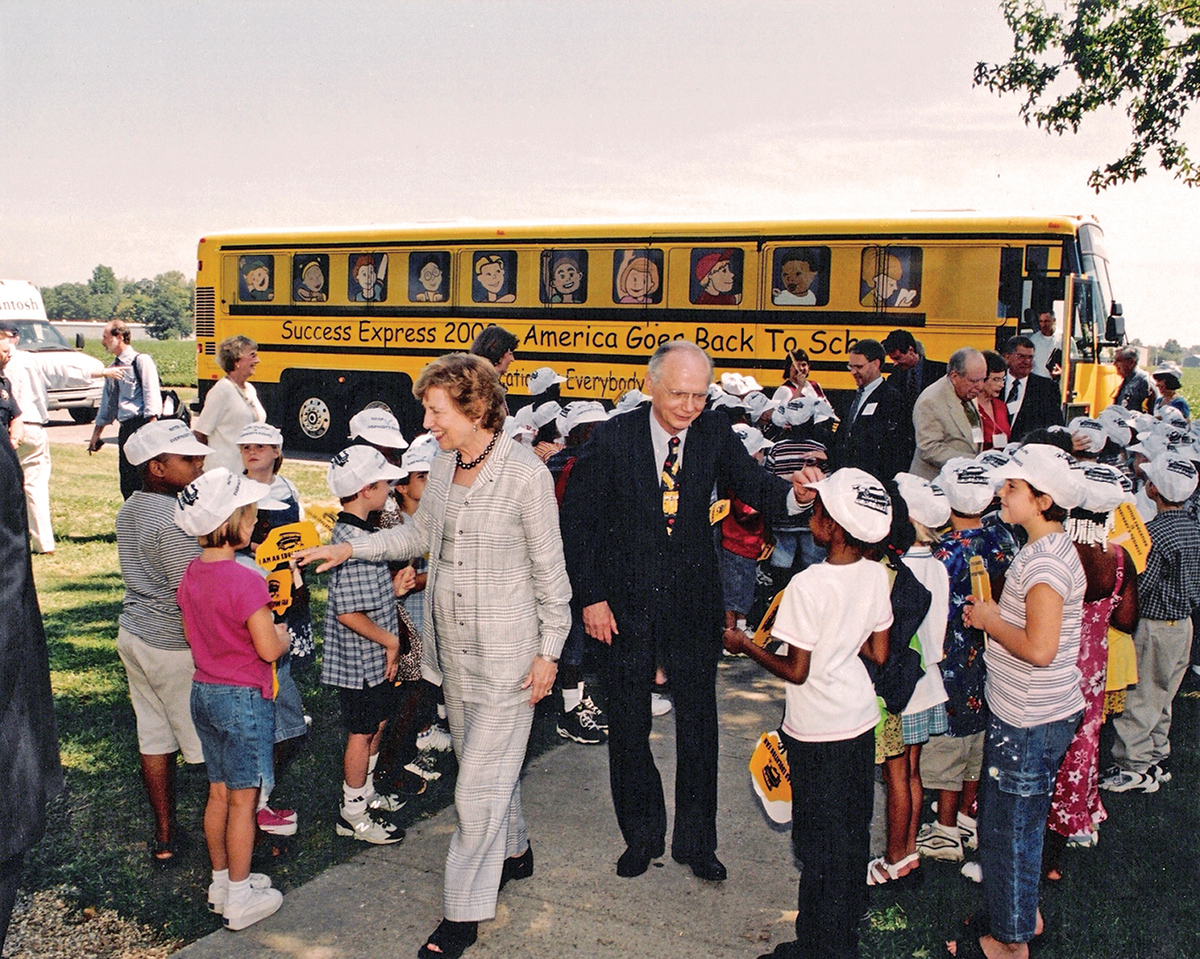 Riley’s father, Ted, who graduated from Furman in 1926 and served as the longtime Greenville County attorney, instilled in him a lasting value system. “He was a very fair-minded person, and that’s something I’ve tried to carry forward, too,” Riley says. “A lot of people who were proper-minded in terms of equality have always been there (in the South). You’ve seen it in the churches. You’ve seen it in the universities.”

Today, the Riley Institute is a pioneer in breaking down racial barriers. For 15 years, the Diversity Leaders Initiative, created and led by nationally known diversity expert Juan Johnson, has trained leaders of all races to effectively manage increasingly diverse workforces.

“Things were straightened out legally. The Supreme Court had seen to that,” Riley says, referring to the multiple rulings that racial discrimination was illegal. But public attitudes had to catch up.

“They had not straightened it out in terms of people understanding how far we could go if we all worked together,” Riley says. “It could be one state, one people. And that’s exactly what the DLI does. I’ve talked to hundreds of (graduates), and I’ve never talked to one who didn’t tell me that it changed their life and their whole attitude about dealing with other people.”

When President Clinton asked if he’d be interested in replacing the retiring Byron White on the Supreme Court, not one person told Riley to turn it down. Yet he did anyway. “I really was terribly honored by the offer, but that’s not what I wanted to spend the rest of my life doing,” says Riley, a practicing attorney throughout his professional life. “I had never been a judge, and I really liked what I was doing, making things happen.”

He admits the decision was difficult, but the support he received from his wife was invaluable. Riley and the former Anna Yarborough, known to her friends and family as “Tunky,” met when they were teenagers. They were married for 51 years until she died in 2008. They have four children: Richard Jr., Anne, Hubert and Ted.

“My wife was a very thoughtful person, and the first thing she told me was, ‘You do what you think is right, what you think you’d be best at and what you’d be happy with,’” Riley remembers. “I thought, ‘I know what I want to do, and I’ll just go ahead and do it.’ And I haven’t been sorry a bit.”

Ruth Bader Ginsburg ended up accepting the nomination and being confirmed to the court, where she remains. “Ginsburg has been a very loyal, good member of the Supreme Court and very supportive of women’s issues,” Riley says.

Riley also later turned down the chance to be Clinton’s chief of staff, saying he had no interest in that “cutthroat” world. Instead, he returned to the place he has always lived, and today Riley is a senior partner in the Nelson Mullins Riley & Scarborough law firm.

Attempts to get Riley to look back during a conversation often result in failure, because he remains, as he always has been, singularly focused on a better future.

“I have been a goals person since I was a very young child. Whatever I did, I would decide this was important and I was going after it,” he says. “I don’t care if it was small or big, I went after it.”

Yet somehow Riley has seemingly never managed to make an enemy. “He has innumerable qualities, but I think the overriding one is I’ve never heard him say an unkind word about anyone,” says David Wilkins, who was a representative in the State House when Riley was governor and is the namesake of the Riley Institute’s annual Wilkins Leadership Awards. “He treats the doorman that’s going to open the door for him as well as the president of the United States. He’s always gracious and generous with his time and just a good, all-around person.”

Jacki Martin, the Riley Institute’s deputy director, says Riley is “the only man I ever met who inspired in me the impulse to curtsy.” In fact, he’s been dubbed “chief inspiration officer” within the institute.

Gordon says the Riley Institute’s success would have been impossible without the man who inspired it, noting the impact the institute has had inside the Furman gates through the more than 800 speakers, panelists and fellows in residence who have visited campus and the multitude of engaged learning experiences it has made available to Furman students.

“Dick’s name is magic, and that created an advantage for the Riley Institute that is just amazing,” Gordon says. All of that impact makes people grateful. Riley is one of them.

“I’ve had such wonderful opportunities for public service. I don’t know anybody who’s had more opportunities than I’ve had,” he says. “I had no idea (the Riley Institute) would be as involved as we got statewide, but we are really into a major South Carolina improvement and focus to help all people do better. That’s big. That’s enormous. And it makes me very proud.”