The word "saints" will flit across your mind as you hear the facts.

Two Harvard-trained physicians, a husband and wife, leave prosperous medical careers in the metropolitan U.S. to take jobs, one paid and one volunteer, at a small Cambodian hospital.

They take their young children with them, to grow up in one of the poorest countries in the world. And when they have seen the progress they hoped for in the first hospital, they uproot again to build a pediatric facility in a more remote region, where one in 12 children die before the age of 5.

But Dr. Lori White Housworth '91 doesn't want anything to do with that word.

"We are really not saints," she says. "It's what we've been given to do, and we're just happy to do it."

She and her husband, Dr. Bill Housworth, relocated from Kentucky to Cambodia in 2008 to work at Angkor Hospital for Children in Siem Reap, a small city in the northwestern sector of the nation. They focused there on training staff and developing and improving programs. In fall 2016, with Angkor under stable Cambodian leadership, they moved to the eastern province of Kratie, where they led the opening of Chenla Children's Healthcare in June 2017.

It's a place where their medical training, fueled by faith and compassion, is saving lives. It's also a place where things Americans take for granted work sporadically. Lori had to adjust plans for a video chat about their work when the power went out.

"It seems like every day we lose power for a chunk of the day," she laughs, speaking by phone in a dark room. "Life in Cambodia!"

During her childhood in Kentucky, Lori's measure of adventure peaked with an occasional trip to Florida. When it was time to choose a college, one of her priorities was going away somewhere.

"My dad took me to Furman, and I fell in love with it," she says.

Her years at the university left two significant marks. The first was an emphasis on finding a way to serve the broader community, a principle that Furman taught and she "caught," she says. Second, at the suggestion of History Professor Jim Leavell, she looked at the list of study away options, and her concept of leaving home grew by thousands of miles.

"I thought, 'I'm going to go to the furthest place,'" she says. That was Japan. She spent the fall of her senior year there. And the experience put Asia in her mind.

When she thinks about college for her own children-who are 15, 15, 12 and 7-she wants them to "go to a place that will build those good things into them."

Lori went to medical school at the University of Louisville. Her residency in internal medicine and pediatrics included a unique element-third- and fourth-year residents were encouraged to work overseas for a few months each year.

She took advantage of that opportunity and worked for Samaritan's Purse, a Christian humanitarian aid organization, in places such as Cameroon and Zambia. She met Bill, a second-year combined internal medicine and pediatrics resident, when she interned under him as a first-year resident.

"When we got married, we both had a passion for this kind of work, and I think we kind of fed on each other," Lori says.

As they settled into practice in Louisville, Kentucky, they also got involved at Springdale Community Church, which was exploring ways to make an impact internationally. The Housworths traveled to Cambodia to pursue potential partnerships for the church.

They connected with Resource Development International, an agency that operated clean water and sanitation projects and shared their commitment to service and quality. Energized, the Housworths went back to Kentucky and began to lead short-term trips with Resource Development. Even then, "if you would have told me I would be living in rural Cambodia today, I would not have believed you," Lori says.

But the seeds of their life today were beginning to take root.

"You start to see these chronic needs," she says. "If you could stay, you could do better work, and you could engage here and here and here. It's hard to jump in and jump out."

They also realized they could do better work with more specialized training.

In 2005, they moved to Boston so both could pursue master's degrees from Harvard's T.H. Chan School of Public Health. Bill's degree focused on disaster relief and Lori's on international health. Their personalities and skills were already complementary.

Lori says her husband is the visionary, the one whose gut you can trust in a big decision, while she's more detail-oriented.

"Two of him or two of me would not function well," she says.

They had no defined plan for after Harvard, but Lori remembers a conversation when she asked her husband what he might like to do if they decided to go to another country.

"He said, 'I would run a pediatric hospital in Cambodia.'"

Six months later, a friend from medical school who knew how they'd been spending their time, texted to tell them about a hospital that needed a director.

They moved within three months.

From one challenge to the next

When the Housworths arrived, the 9-year-old Angkor Hospital for Children was small but full of human potential, Bill says. Staff members were hungry to learn and improve their skills. And he and Lori were committed to serving and lifting up the Cambodian leadership.

While Bill took the official administrative role, Lori volunteered throughout the hospital.

"I had a million random jobs," she says.

During their years there, Angkor added an intensive care unit and built its surgical capacity, including the ability to do open-heart surgery. Lori established programs for social work and created a sexual abuse clinic, introducing the Cambodian staff to rape kits and teaching how to use them and how to interview victims.

When they arrived in 2008, the hospital had one female doctor. When they left in 2015, there were more than 20 on staff. The plan was always to leave the hospital in Cambodian hands, but there wasn't a specific time frame.

"I see so many ways it helped prepare us for what was next," Lori says. "We've had time to learn the language and culture. And that makes it easier to come to a place and tell them that we plan to stay."

As they turned Angkor's administration over to a Cambodian-led executive team, the minister of health proposed a move to Kratie, a village of about 40,000 at the intersection of roads and rivers from all over eastern Cambodia.

A year ago, they left the relative comfort of Siem Reap-a city that draws tourists and has the hotels and restaurants-and moved east with a hope of developing another a private system that would partner with the local government. The director of the government hospital in the region gave them use of a three-story building, which they immediately began to renovate.

Through the first half of 2017, they worked with contractors, saw patients in the government hospital and began training Cambodian nurses and doctors for more specialized pediatric care.

In June, they moved into the renovated space and were immediately full. An outpatient clinic and emergency room occupy the first floor. The upper floors house a 24-bed hospital, with a neonatal unit and pediatric ward.

Chenla Children's Healthcare is funded through donations, the Cambodian Ministry of Health, and user fees, in cases where the families can afford them.

Most workers in the region make less than $2 a day. While the staff are paid, the Housworths take only a small stipend. Bill travels back to Kentucky a few times a year to work in the emergency room to bridge the financial gap for his family.

In the eastern region of Cambodia, one in 12 children will die before turning 5. On the other side of the country, that statistic is one in 60. It's nearly one in 180 in the U.S. The most critical medical issues include respiratory illnesses, diarrhea and malnutrition-diagnoses that can kill without proper treatment. But these children also face the same diseases that strike fear in parents' hearts in the developed world.

Last spring, Lori was caring for a child with leukemia.

"There's nowhere in this country that she can be treated," she says.

Another with a loud heart murmur probably has a defect that could be treated with surgery, but there's nowhere on the eastern side of Cambodia where such a surgery can be done.

Meanwhile, education, nutrition and infectious disease treatment are the "low-hanging fruit" that can make a huge impact.

With their children older and the language and culture already in hand, Bill says Lori is positioned to contribute even more professionally this second time around.

"She's really hitting her stride with her voice and her opportunities," he says.

The Housworths are the only foreign family in town, and their children are schooled through an online program designed specifically for expats.

"There are no escapes, culturally," Lori says. "We're pretty deep in."

The family comes back to live in her parents' basement for several weeks each summer, giving the children some time with cousins and other friends. But they all consider Cambodia home.

"I don't ever want anybody to think that we're trying to be martyrs," she says. "We're thankful, and we love it. It's fun work." 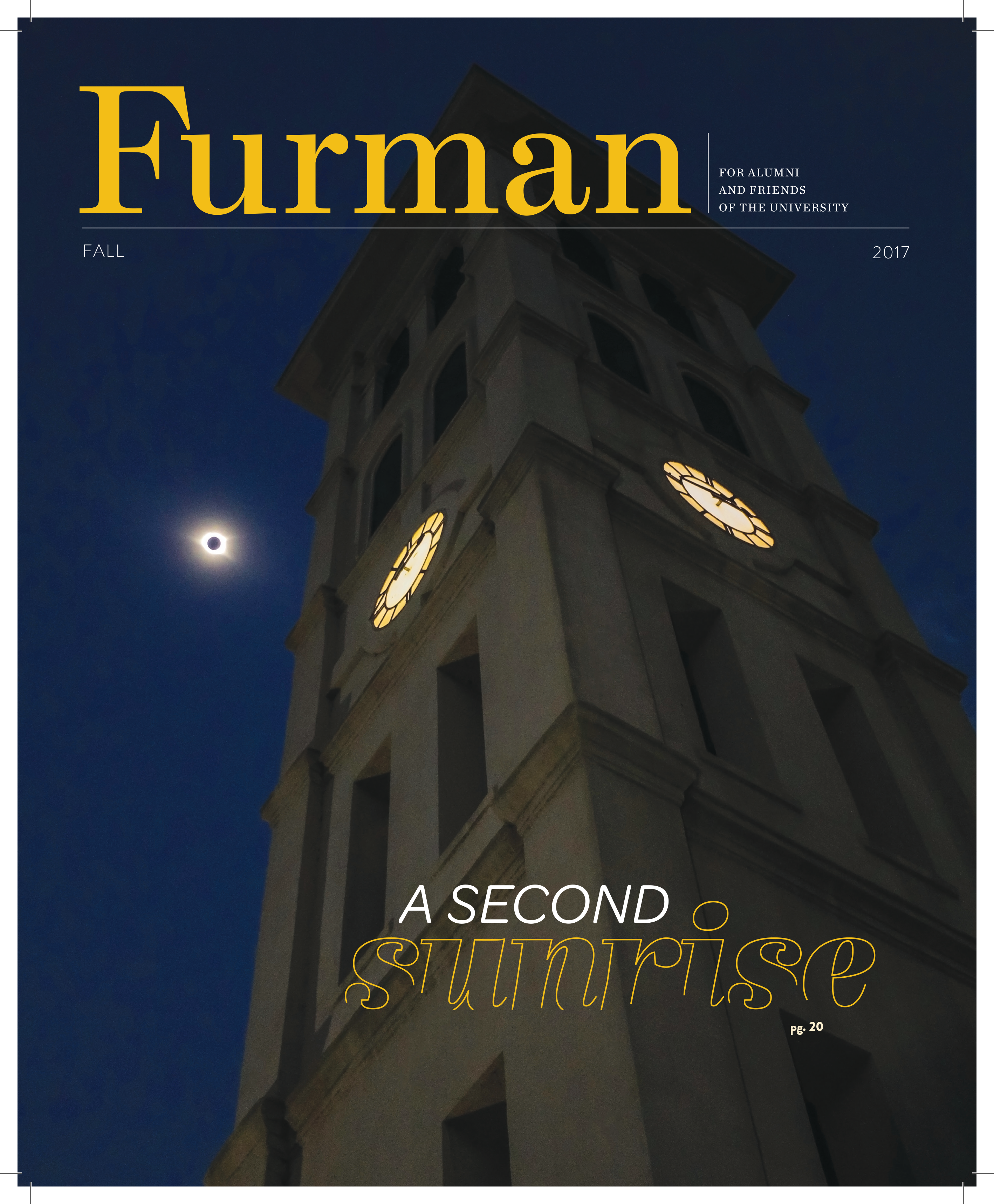