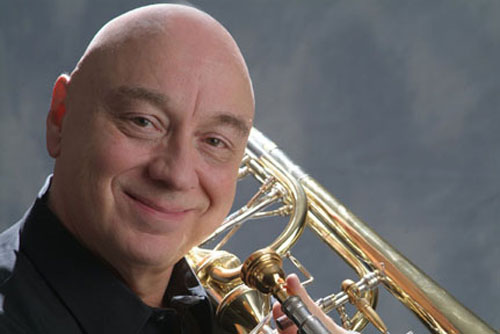 The concert, which  is open to the public, is presented by the Furman Department of Music. Tickets for the Sound Quality Series event are $20 for adults, $15 for seniors and $5 for students/youth.

Guest conductor for the concert, “Beethoven’s 250th and Trombonepalooza,” is David Glover. Coordinator of the event is Visiting Professor of  Violin Andrew Carlson.

Vernon began his orchestral career as bass trombonist with the Baltimore Symphony in 1971. In 1980, he went to the San Francisco Symphony for one season. He was later approached by Riccardo Muti to play bass trombone with the Philadelphia Orchestra, where he played five years until coming to the Chicago Symphony Orchestra in 1986.

A native of Asheville, North Carolina, Vernon attended Brevard College and Georgia State University, where he studied with Bill Hill as well as Gail Wilson, professor of trombone at Arizona State University. His mentor/teachers were Arnold Jacobs and Edward Kleinhammer, both former tuba and bass trombone of the Chicago Symphony.

Contact the Music Office for more information 864-294-2086, and FurmanMusic@Furman.edu.