The team came in third in the USA Rugby 7s Collegiate Championship at Kennesaw State University in Georgia. 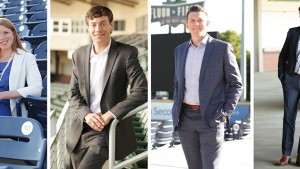 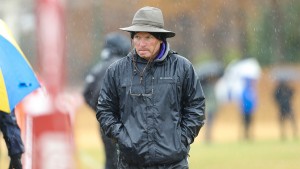 Roberts compiled a career record of 188-64-1 and guided the Paladins to three national Division III championships. 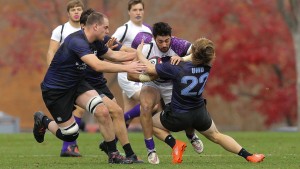 Twelves colleges and universities will participate over the two-day tournament, culminating with four champions being crowned on Sunday.

The Furman rugby team christened the fall season Saturday with a 22-3 win over Division I Georgia while the Paladin b-side dropped a 10-15 decision to the Bulldogs. The preseason friendly was split into four, 20-minutes halves. Both squads put out their most experienced players in the first two halves and filtered in newer players […]

A combination of experience and raw talent

This May, Furman lost an impressive cadre of players due to graduation. In fact, they were probably the best senior class ever. Adam Miller, Patrick Musau, Jacob Milchuck, Adrian Marcoliese, Jeff Tongue and Ryan Conlogue anchored the Furman team, leading the Paladins to a Division 2 national championship game. With such a great group gone, […] 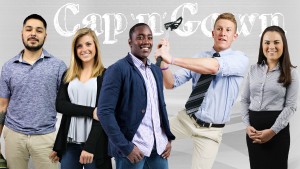 Stories and Sentiments from five members of the Class of 2017 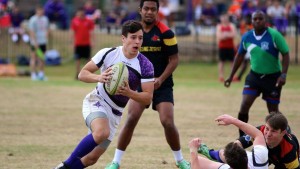 It all comes down to this 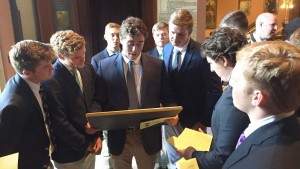 Furman Rugby has its day on SC House Floor

What do the 2017 Furman Rugby Team and the Clemson Football Team have in common? Both have been honored by the South Carolina House of Representatives for their outstanding athletic seasons and for representing their state with pride. Unlike the Tigers, Furman fell just short of a national championship. The team completed a 13-1 season […] 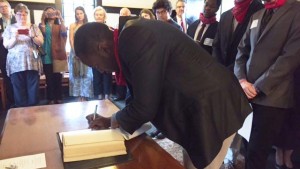 An honor of the highest accord

Furman Rugby Captain Patrick Musau joined rare company Sunday. The austere group includes three former Furman Presidents and two former South Carolina Governors. Musau, a senior from Nairobi, Kenya, was initiated into the Furman Quaternion Club. Founded in 1903, Quaternion is generally considered to be the highest honor that can be bestowed upon a Furman […]