When Furman’s Master of Science in Community Engaged Medicine (MS-CEM) program welcomed its second class in June, very little had changed from the year before. Same 34-credit course mix of hard science and public health packed into one intense academic year. Same goal to prepare participants for medical school and other careers in health care.

Professor of Biology Victoria Turgeon was also still the director. When she met her new batch of students, however, it was apparent right away something was different.

“This particular group, I can’t get them to stop talking,” she said. “The sentence is barely out of my mouth before they start.”

The 12-person class of 2019-20 brings a variety of majors, backgrounds and goals to the program, but in addition to a loquacious nature its members share a vision of a healthier world. That quickly created a bond between graduates of eight colleges and universities representing five states.

“The class unified so quickly, and I think that speaks to the fact that everyone is here with a common goal,” said Katie Florescu, who holds a degree in Romance languages from Washington & Lee. “So that has been really exciting.”

Florescu and Bryanna Williams, an Asheville, North Carolina, native who majored in human development and family studies at UNCA, are the only two students who don’t own degrees in biology, chemistry or neuroscience. Florescu has had her eye on becoming a doctor since she was growing up in Cocoa Beach, Florida, and the Community Engaged Medicine program’s unique curriculum jumped out immediately from a Google search.

“I … think being able to study languages allowed me to focus on more of a humanistic side of medicine,” she said. “When Furman came up, I was like, ‘Hold on. What is this?’ But this program really encompasses everything that I was thinking of when I was looking into language and medicine. It just bridges it perfectly, because there is the community engagement with the hard sciences. So I’m getting to bring everything that I’ve always loved together.”

The MS-CEM was a decade in the making, Turgeon said, and the goal was always to make the program more than “take a few science courses and improve your GPA and hopefully you’ll get into medical school.” That’s why classes like “Implicit Bias & Community Engagement Training” are taken alongside “Applied Human Clinical Anatomy.”

“I think more compassionate healthcare and intentional healthcare is something that drew me to this program, because my undergraduate degree was very science-focused,” Rachel Donaldson, who majored in biology at TCU, said. “Get the best MCAT score that you can and do the best in school, but there wasn’t a ton of focus on who the patients are or what factors are contributing to them having these certain illnesses. So I think it’s really good for prep training before going to medical school.”

Singh took several classes taught by Turgeon while earning his biology undergraduate degree and hopes to become an oncologist. He anticipated liking the MS-CEM, but not as much as he has.

“A lot of us in the program are interested in the community health aspect, but this dives much deeper than expected,” Singh, of Lilburn, Georgia, said. “We really are looking at overall community health and how socially determining factors as well as other aspects of the community really affect health in general.”

A philosophy major at Furman, Lynne Waheeba ’18 was one of the program’s first 14 graduates in May. While writing her master’s thesis, “Identity in Schizophrenia,” she realized she was more interested in pursuing a career in research than medical school.

“The program was exactly what I expected it to be, honestly,” said Waheeba, an applied behavior therapist at the Project HOPE Foundation in Greenville. “The classes that we took were very impactful in my life. For example, the health policy class was a very major thing I am constantly talking about. We learned how policies are made and how policies affect our life every day, especially in the healthcare system.”

That’s a perfect outcome as far as Turgeon is concerned.

“This is a place to not just help you get to that next place immediately but to help you figure out what that next step is going to be,” she said. “One of the things we’re trying really hard to do in the program is to have the students feel connected to their community and to move beyond just talking about the issues.”

Click here to learn more about the MS-CEM program.

Protected: When her community needs help, Blackwell ’23 is ready 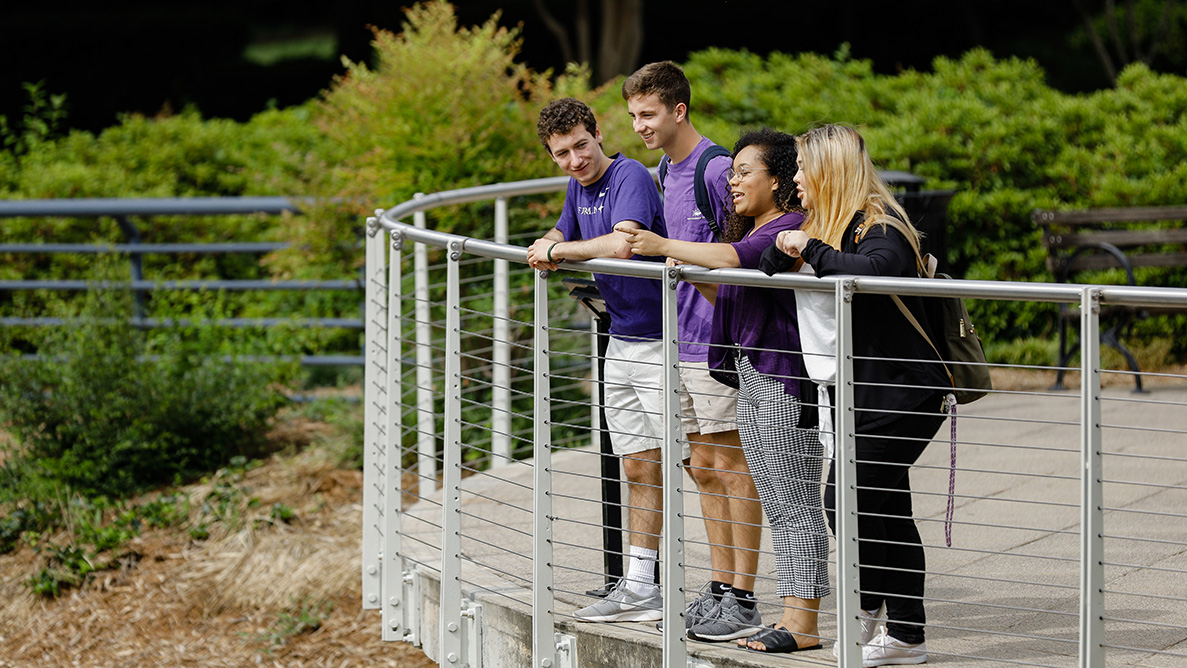 Furman ranked No. 9 for "Making an Impact".