The Scholarship Cup, given to the graduating senior judged to be the outstanding scholar of the class, was awarded to Lauren Alexandria Pinion, a physics major from Alpharetta, Ga.

The advising awards were presented to Michelle E. Horhota, associate professor of psychology, and Suzanne B. Summers, James C. Self Professor of Business and Accounting.

The Meritorious Award for Diversity and Inclusion was presented to Akan Malici, associate professor of politics and international Affairs, and Mike Winiski, interim executive director of community-engaged learning.

Degrees were awarded posthumously to Yuqiao Ni and Blake Hadden.

Alexander Stubb, a 1993 Furman graduate and the former Prime Minister of Finland, served as commencement speaker. He was also awarded an honorary Doctor of Philosophy degree.

The student speaker was graduate Jack McNeill of Bloomington, Minn., a biology major. His talk is available here. A video of the entire ceremony has been posted online.  The video of Stubb’s commencement speech is here. 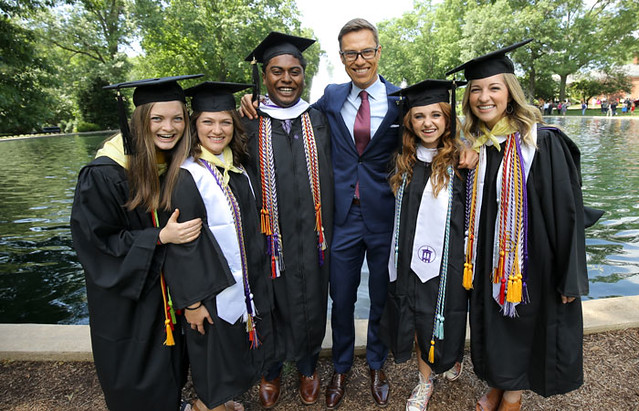