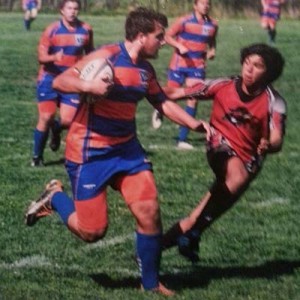 Michael Tudora, an 11-year Canadian rugby player and team captain, has committed to Furman and will enroll in the fall.

Tudora, son of Alex and Michelle Tudora, attends Donald A Wilson Secondary School in Ontario. He has played for the Ajax Wanderers, a club team, since 2005.

A versatile athlete, Tudora (6’2, 205 pounds) has played every position but fullback. His current position is flanker. Tudora’s father and uncle, Fugigi Constantine, played rugby for the Romanian National Rugby team.

The addition of Tudora boosts the number of international players on the Furman roster to five. Patrick Musau (Kenya), Thomas Trankle (South Africa), Matty Newman (England) and Adrian Marcogliese (Canada) have played outside the United States.

“I am really excited to join Furman,” said Tudora. “The University has an extremely strong reputation for both academics and rugby. So it is a good fit for me.”

Coach John Roberts said Tudora’s experience will be a welcomed addition to the team.

“Michael has a wealth of rugby knowledge, and he comes from a family with rugby in their blood,” he said. “I am looking forward to working with him.”