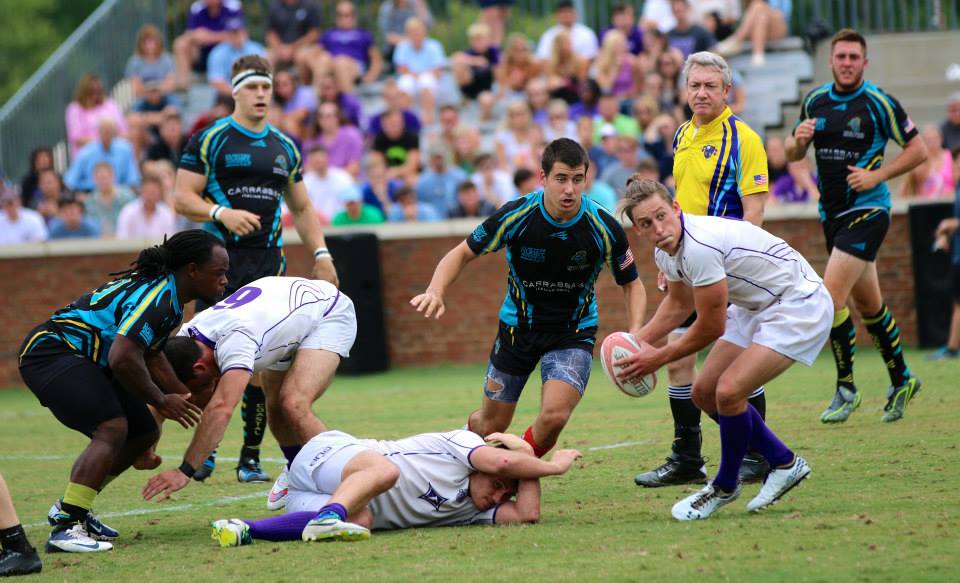 Coastal Carolina scored three trys in the final 10 minutes to pull away from Furman 28-9 Saturday.

After missing two penalty kicks the Paladins got on the board first to stake an early 3-0 lead on a penalty kick from Jacob Milchuck.

With Furman playing a man down due to yellow card, Coastal scored and converted a try in the 39 minute to give the Chanticleers a 7-3 halftime lead. Eleven minutes into the second half Coastal extended its lead to 15-3 after scoring on a quick penalty.

Furman responded 14 minutes later with try by Adam Miller to shave the Coastal lead to 15-8 with 68 minutes remaining.

After that it was all Chanticleers as Coastal converted three Furman turnovers to score at the 70, 73 and 79 minute to break open a tight game.

Poor transition defense and penalties hurt the Paladin cause. Coastal had 8 penalties on the day while Furman recorded 15. The Paladins, too, squandered possession several times in the second half while deep on Coastal territory with poor line outs and uncharacteristically scattered play.

“Coastal is a very athletic side and they clearly got the better of us today,” said Furman Coach John Roberts. “Coach Thomas Barnett and his players had a great game plan. They have greater size and were able to run through our tackles late.”

Furman, too, left 8 points on the field with missed conversions and convertible penalty kicks.

“You learn more from a loss than you do from a victory,” said Coach Roberts. “Hopefully, we’ll learn from this, correct our mistakes and emerge a stronger side.”