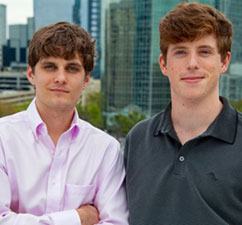 Yik Yak started with colleges, but CEO Tyler Droll has his sights set on creating a product every bit as compelling as Facebook. The anonymous messaging app, created by Furman graduates Droll and Brooks Buffington in 2013, is now used by millions of students on more than 1,600 college campuses from Ireland to New Zealand. Yik Yak has raised more than $73 million to date, valuing the startup in the “low hundreds of millions of dollars,” which it is pouring into expansion. The company’s 45 employees just moved into a huge new office in Atlanta, where Droll and the crew are still in the process of getting settled. The two Furman alums were featured in a recent Mashable article.