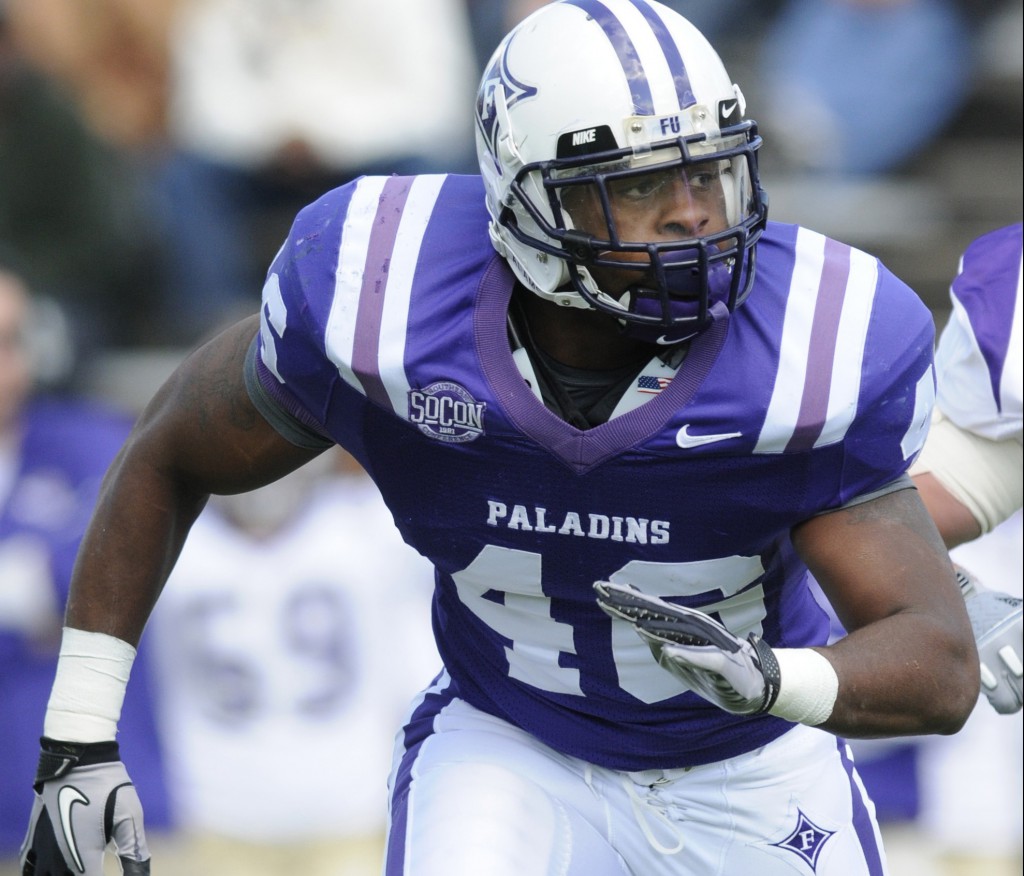 For one thing, he was really, really good—first-team All-America good. For another, he grew up in the Connie Maxwell Children’s Home in Greenwood, S.C., alongside more than a hundred other kids facing the world with their backs against the wall.

A Furman athletic scholarship was an opportunity boys who grow up foster care aren’t supposed to have, but Anderson wasn’t your typical boy in foster care, either.

“He was naturally gifted and had that inner drive to discipline himself, and that’s very rare for us to see,” says Doug Kauffmann, who served as Anderson’s pastor at Connie Maxwell from the time he arrived. “Maybe his first year or two might have been a transition time, but he really got to a point where he was smart enough to say this place has a lot to offer me. A lot of kids don’t ever get there, or they get there too late.”

Anderson was born in Rock Hill, S.C., the youngest of five children to a mother struggling with substance abuse that eventually left her unable to take care of the family. He and his older brother, Demarco, had the relative good fortune of eventually being placed in Connie Maxwell, which is considered one of the best children’s homes in the state, at the ages of 8 and 9.

It was maybe their last chance, but it was a real one. Miller Murphy, Connie Maxwell’s longtime director of communications, remembers Anderson “carrying a lot of hurt” when he first walked through the doors, but it didn’t take much time to set a course from which he’s never wavered.

“He teases us. He says when he first got to his cottage, he saw they had a Nintendo and everything was OK then,” Murphy says.

Anderson embraced structure in his life, excelling in school, and it became apparent along the way that despite his small size he was exceptionally athletic. He and Demarco went on to star in football and basketball at Emerald High School, and by his junior season Kadarron—no longer small—was emerging as a Division I prospect perhaps too talented for Furman to land.

He was getting scholarship offers from mid-majors, schools that compete a level up from Furman in the Football Bowl Subdivision, but Anderson knew Furman had more to offer than sports in the form of academic reputation. “I visited Furman after sophomore year on a college tour not even thinking about football,” Anderson says. “I wanted to get an academic scholarship. That’s what I was striving for.”

Anderson was the ideal fit for Furman’s model highlighting the holistic education of a student-athlete. Clint Hill, director of athletics fundraising, says, “Furman’s athletics department strives to provide ‘Life Lessons through the Pursuit of Athletics Excellence.’ Those life lessons include time management, work ethic, and being a part of something bigger than yourself . . . a team, a class, a university.”

Furman also had the added bonus of proximity. Anderson’s mother and three sisters had reentered his life, and he didn’t want to leave them again. “I wanted to stay close to home so my family could come to the games,” he says.

They did, and he gave them a show as a ball-hawking linebacker. Anderson joined Will Bouton ’02 as the only two Paladins to ever lead the team in tackles in a season three times, and he graduated in four years with a degree in business administration. “He was a tremendous player,” Furman coach Bruce Fowler ’81 says.

The New Orleans Saints and Tennessee Titans both signed Anderson to free agent NFL contracts, and he was among the final cuts for each. Now settled back in Greenville, Anderson is a facility director for D1 Sports Training and a frequent presence at lunchtime basketball games on the Furman campus.

“I think every kid grows up wanting to be a professional athlete . . . Just getting the opportunity to be there for a short time was a dream come true for me,” he says.

Married with a small child and another on the way, Anderson is at ease with the NFL not working out, perhaps because he long ago learned to recognize what’s truly important in life. Though reluctant to talk about himself during an interview, Anderson hasn’t been shy about sharing his inspiring story with at-risk children. That volunteer work earned him the prestigious Palmetto Patriot Award in 2010. 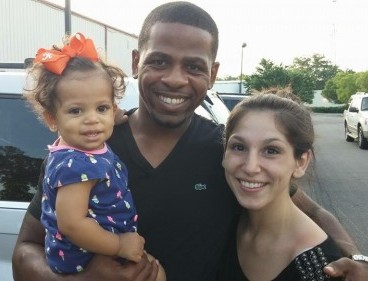 “People ask that question a lot: How did you overcome that adversity? And I think from a young age I kind of the made the decision that I was going to take the cards I was dealt and I wasn’t going to let that be an excuse for me not being successful and achieving my goals,” he says. “I learned to not dwell on things you can’t control.”

For fundraisers like Hill, on the front line raising dollars to provide student-athlete scholarships like the one that brought Anderson to Furman, this kind of inspiration and impact is all the motivation he needs. “Kadarron’s story gets to the heart of what we do in the Paladin Club . . . scholarships provide opportunity for kids to live out their dreams. We are very proud of KD, and there is no better representative in our community than this young man.”

And in Anderson’s own words, “Having my whole family come up for football games helped bring my family back together, and we’ve made sure that we’ve stayed close. Furman played a huge role in that,” he says, noting his mother has been clean for 12 years. “I came to Furman more prepared for life than some people who are actually raised by their parents.”