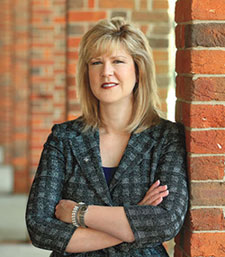 Elizabeth Davis has been cracking gender ceilings for a long time, so recognition as Furman’s first female president doesn’t really resonate with her. “I understand the significance, but I don’t think in terms of ‘first female,’” she says about becoming the university’s 12th president on July 1, 2014. “I never have felt gender related barriers to the various stages of my life. I do recognize, however, there are a lot of women who have.” Since joining Furman as president, Davis’ biggest “but most rewarding” challenge has been to find as many forums as possible in which to listen to gain an understanding of the university “while not standing still.”President Davis spoke at length during an interview with Baptist News Global reporter Norman Jameson.

Tagged In the News, Parent News