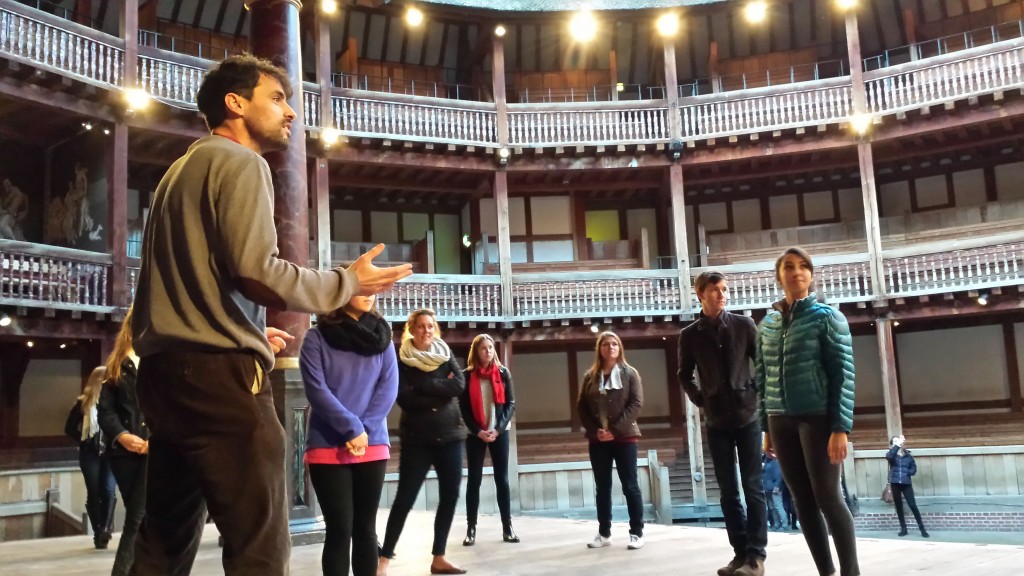 She met a theatre legend, received a tremendous gift of kindness from a stranger, saw 40 plays, and discovered food so good she’s willing to cross an ocean to eat it again.

For Clare Ruble of Simpsonville ’17, her travels with Furman students and faculty through more than a dozen different cities in the British Isles provided an unforgettable three months of memories.

Every other year, members of Furman’s English faculty team up with faculty from theatre arts and other departments for a semester-long study away program in the British Isles. The fall 2014 trip brought 22 students, English professor Jeanne Provost, and theatre arts professor Margaret Caterisano to cities including Dublin, Edinburgh, Belfast, York, Bath, and London.

Their jam-packed itinerary included dozens of plays including shows on London’s West End, classes with Royal Shakespeare Company member Tom Davey, and visits to museums and historical sites like the Victoria and Albert Museum and Dublin’s Abbey Theatre. The study abroad program in the British Isles is available to Furman students at the same cost of a semester’s tuition on campus.

While the trip included many famous locations like Shakespeare’s birthplace in Stratford-upon-Avon, even a little fishing cottage on a remote island off the West Coast of Ireland wasn’t overlooked. It was the home where playwright John Millington Synge found inspiration for his plays, said Provost. 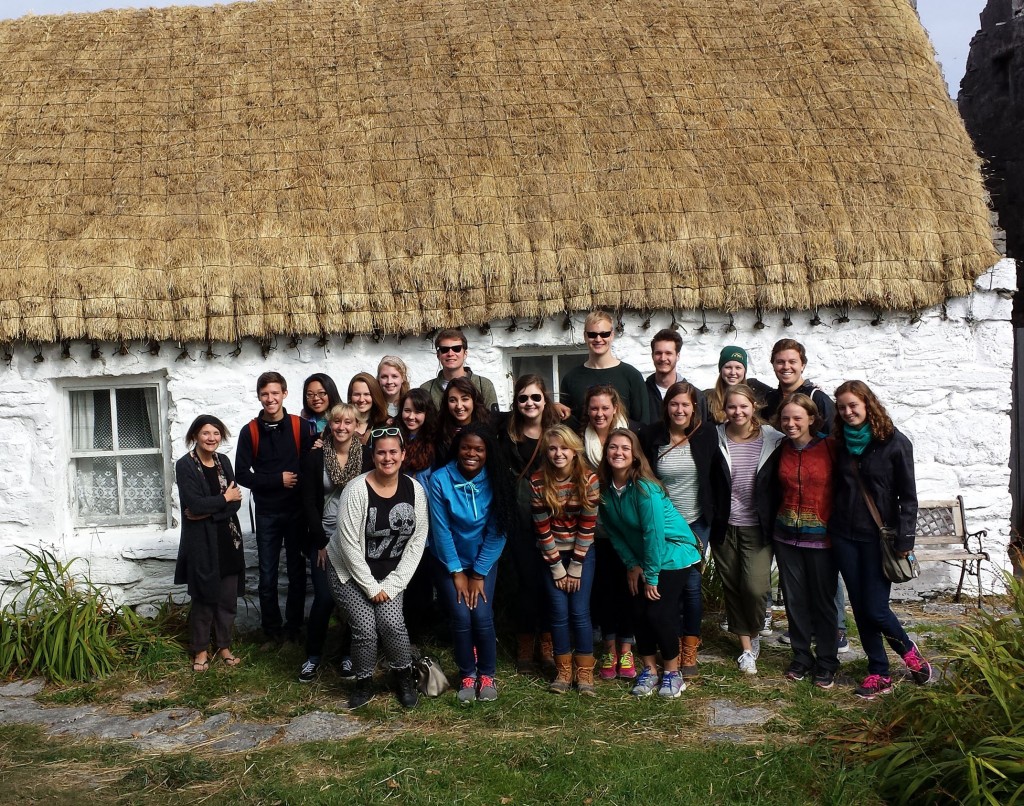 “Students might read about the British Iron Age or about Synge for a course on campus, but they will remember these things far better for having actually experienced places connected with this history and literature,” said Provost, who specializes in medieval British literature with an emphasis on drawing connections between literature and the natural environment.

Having a wide variety of majors represented on the trip provided opportunities for students to learn from each other and enjoy works of art more fully. “The theatre arts majors learned to think more fully about themes and ideas in the plays we studied, while the English majors learned about play production and craft,” Provost said.

As part of her fashion history course, Caterisano’s students were able to not only see period clothing first-hand in museums and discuss the psychology of dress, but try on period costumes themselves at the Fashion Museum of Bath.

“Their experiences gave them a chance to see the evolution of fashion and come to a greater understanding of its history,” said Caterisano. “We definitely hope it broadened their horizons.”

During their travels, students completed readings, kept journals and wrote essays on their experiences to complete required credits for theatre and English classes.

Psychology major Carly Bailey ’16 said the trip gave her a new appreciation for the arts and culture of other countries.

She described it as an “honor” to share the stage with such talented actors on the Globe Stage. “Getting to use the space and learn from an actor there was the type of experience you cannot get anywhere else,” Bailey said.

For Ruble, a theatre arts major on a pre-health path towards speech therapy, the trip was her first time out of the country. Her connections with her Furman family and new friends made along the way were a highlight of the trip.

After her debit card was hacked and had to be cancelled, Ruble worried about making her money last on the trip. In Scotland, she ran into some neighbors from her hometown of Grand Rapids, Michigan, who knew her family. Not knowing the trouble she had gone through, one of them gave her 200 pounds. “It just goes to show you how truly small the world is and how nice people are,” she said.

During a performance of the Scottsboro Boys in London, one of the men sitting in front of Ruble was John Kander, who wrote the music and lyrics to Cabaret and Chicago. “I got his autograph and was able to thank him for creating music,” Ruble said. “It was beautiful and we both cried.”

Returning home, Ruble said the trip gave her the chance to visit places she thought she would only read about. “I now see a bigger picture of all my studies,” she said. “I am much more focused because I want to work to see the world again . . . I am just beyond grateful.”

Learn more about Study Away opportunities at Furman.