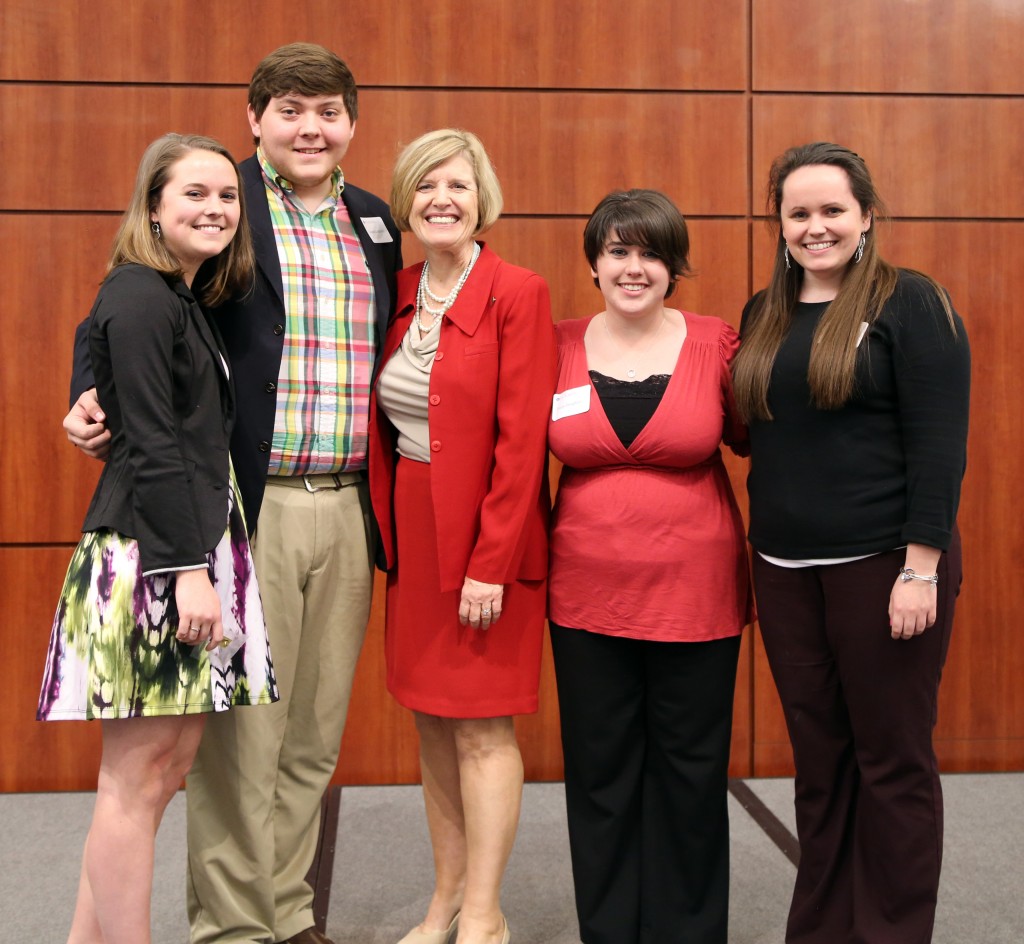 Spearman was the guest speaker for the 2015 Teaching Banquet, hosted annually by Furman’s Education Department to recognize the efforts of both teacher candidates and their cooperating teachers during the 2014-2015 academic year. More than 100 people attended the event, held Thursday, March 26, at the Watkins Room of the Trone Student Center.

This spring, a total of 35 teaching interns worked in classrooms in Greenville County, Pickens County and Spartanburg Districts 1, 5 and 6.

As they prepare to begin teaching in classrooms of their own, Spearman encouraged education majors to take the focus off standardized tests and think about helping students see the relevancy of what they’re learning. Show students how to work together to solve problems while teaching qualities of integrity and perseverance, she said.

Spearman spent 18 years in the public schools as a music teacher and assistant principal. She served four terms as a member of the S.C. House of Representatives, six years as deputy superintendent of the South Carolina Department of Education and 10 years as the executive director of the South Carolina Association of School Administrators. 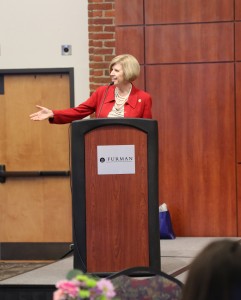 She holds a B.A. degree in music education from Lander University, a master’s degree in education supervision from George Washington University and an Education Specialist degree from the University of South Carolina.

Spearman described effective classroom teachers and principals who facilitate personalized learning for every student every day as “the foundation for student success.

“Think out of the box and keep students engaged. Get to know your students’ families,” Spearman said. “We applaud you for what you’ve done here at Furman.”

In his remarks, Vice President for Academic Affairs and Dean of Faculty John Beckford called teaching “one of the most important callings in public engagement.”

The banquet is a long-standing tradition in the Education Department, marking the end of the academic year. This year’s event included recognition for senior Teaching Fellows Josi Corbit, Shelby Brown, Lizzy Douglass and Dustin Ledford and a standing ovation for Assistant Academic Dean Lesley Quast, who will be retiring this spring after 39 years at Furman. Department Chairperson Dr. Nelly Hecker served as mistress of ceremonies and Dr. Scott Henderson offered a moment of reflection. Music was provided by a capella group, Happenstance, with sophomores Kerby Baier, Caroline LeGrand, Sandy Sharis and Madi Earls.

Protected: In Literacy Corner, ‘the curriculum is the children’

The silencing of LGBTQ voices in U.S. public schools