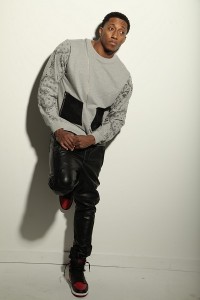 Lecrae’s tour, “Anomaly,” is based on the same-titled album released last fall. General admission tickets are $26-$45, and are available through the Timmons Arena box office. Deluxe packages are available. The tour is presented by Live Nation and Premier Productions.

Since his album’s debut, Lecrae has twice performed on “The Tonight Show,” performed around the country with Andy Mineo on his official “Anomaly” tour and, most recently, received three Grammy nominations including Best Rap Performance (Drake, Eminem, Childish Gambino, Kendrick Lamar and Lecrae). In February, he won his second Grammy award (Best Contemporary Christian Song/Performance) in the past three years. Also last year, he made history as a co-headliner on Winter Jam, the #1 ticketed tour in the country (as rated by Pollstar).

The album features guest artists Andy Mineo, Kari Jobe, for King and Country and Crystal Nicole. The album’s single “All I Need Is You” debuted at #1 on the iTunes Hip-Hop chart and predicted the eventual success of Anomaly.

Lecrae, known for his music message that is often at odds with his hip-hop peers, speaks of monogamy, contentment, and faith. While remaining true to his beliefs, Lecrae has managed to garner critical media buzz, release chart-topping albums and mixtapes, co-headline the highest ticketed tour in the country, and draw several Grammy nominations.