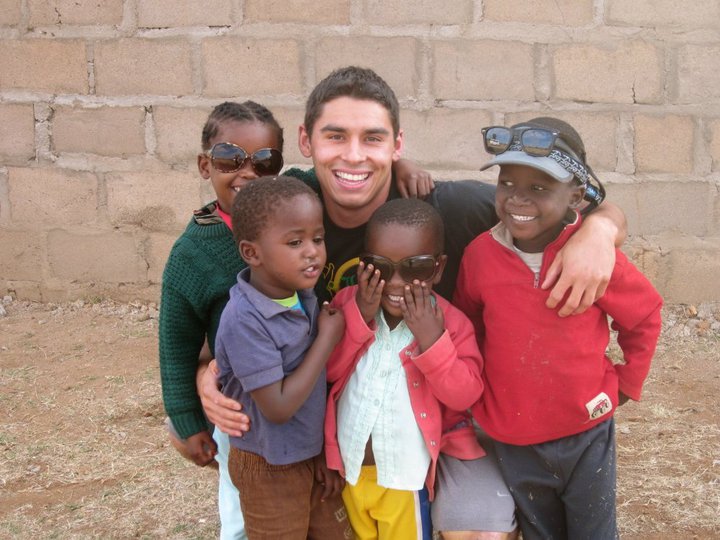 Raul Rodriguez ’13 was waiting tables at a diner in Los Alamos, New Mexico, when he met a sweet lady with a Southern drawl who would change his life.

“Working at that diner may have been the best thing that ever happened to me,” said Rodriguez.

He was still in high school when he met Roxanna, who he describes as the friendliest person he’d ever met.

At that stage in his life, he had already been through some ups and downs. His father’s Mexican restaurant was forced to close, which meant moving to Colorado. Rodriguez, a star football player, didn’t want to leave his friends and his team behind, so he begged his father to allow him to move in with his football coach. His father agreed, so Rodriguez began a busy schedule of going to school, playing football, and waiting tables on the side.

Roxanna and her husband, Mike, visited the diner where Rodriguez worked a few times and took the time to get to know him, asking him questions about the sports he played and where he grew up. An invitation soon came to visit their home, and along with it, a surprising and most generous offer.

“They asked me if I would be willing to go to South Carolina to go visit a school that their daughter had gone to. Knowing that I no longer lived with my father, they told me that they would pay for everything,” Rodriguez said. “Reluctantly, I accepted. I soon realized that it is better to let others help you.”

A few weeks later, Rodriguez was on his way to South Carolina. But the school his friends had in mind for him wasn’t Furman.

While passing through town, Rodriguez saw a brief glimpse of Furman University.

“We only went around the roundabout at the main entrance but after that, I had a feeling that Furman was the place for me,” he said. “Coming from New Mexico, Furman’s beauty struck me right away.”

It was enough to get him thinking, and doing.

Rodriguez began to investigate Furman and discovered its reputation for academic excellence. He researched Furman’s sports teams and submitted his football highlights tape. He also began to call the track coach.

At the same time, he also got a reality check, from yet another kind soul he met while waiting tables. Justin Tozer, a well-known mentor in the community, began visiting the restaurant and got to know Rodriguez.

“He reminded me that if I wanted to go play football somewhere, I would need to have good grades and a strong ACT store,” Rodriguez said.

With prompting from Tozer, Rodriguez agreed to go to the library and look for a book that interested him. He found a book by Martin Luther King Jr., Strength to Love.

“Reading Dr. King’s book kindled a fire in me that has yet to be extinguished,” Rodriguez said. “I went from being almost illiterate to reading all the time.”

Thanks to Tozer’s help and encouragement, Rodriguez was accepted to Furman, received football and track scholarships and support from Furman’s Partners Program. He played football at Furman for his first two years and ran track all four. 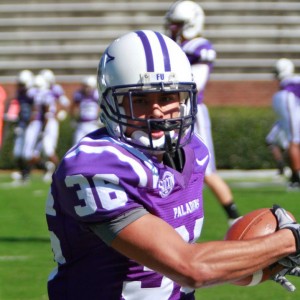 It was at Furman that Rodriguez said he was bewitched by political science and political philosophy, with the help of Political Science Professors Benjamin Storey, Ph.D. and Ty Tessitore, Ph.D., whom he describes as Plato and Aristotle, respectively.

“Plato was known for introducing young men to philosophy and making them passionate pursuers of wisdom,” Rodriguez said. “Aristotle was known for taking philosophically inclined young men and habituating them into an ordered and precise way of inquiring into human affairs.”

What an impact they had. It’s not every day that an athlete carries the four-volume set of Democracy in America to his track meet.

“It was just something to behold,” said Tessitore. “You could see him becoming a better reader and writer year by year.”

While at Furman, Rodriguez was president of the Cicero Society and the Political Thought Club, treasurer of the College Republicans and a member of Catholic Campus Ministries and the Quaternion Club. He was also the driving force that brought former Mexico president Vincente Fox to campus in 2012.

Ultimately, Rodriguez won the senior essay award in political science and decided to enroll in the Teach for America program after graduation.

The decision to teach is Rodriguez’s way of “passing it along,” in a sense, repaying the kindness that was shown him during his years of high school and college.

These days, he’s an Advanced Placement World History teacher at the Denver Center for International Studies at Montbello in Denver, Colo., supporting his wife, Elizabeth, as she completes pharmacy school at the University of Colorado.

It hasn’t been a picnic, but as Storey said, “where we see obstacles, Raul sees opportunities.”

In addition to world history, Rodriguez has taught ancient history and philosophy classes to high school students. Since Spanish is a first language for many of his students, he has also taught United States history classes in Spanish. During his first year teaching, he began work before sunrise and ended late at night, preparing Powerpoint presentations and finding interesting video clips in an effort to spark his students’ love of learning.

His favorite part about teaching? “Spending the day with young, energetic students,” he said.

“I get to use my Furman education every day. I try to relate everything to my students’ lives,” he said. “At times, they seek to gravitate to easy answers. I’m hoping I can help them think about fundamental questions and explore all the complexities.”

At the same time, he’s hoping to help students, many from low-income backgrounds, see the opportunities available to them. He’s helping some apply for college. He’s also selling chips and drinks during his lunch break to raise funds to take a group of his students to Italy for 10 days in June with Furman’s Father Patrick Tuttle. 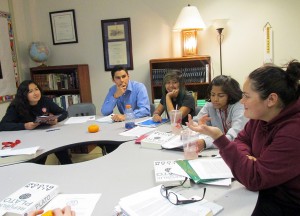 Next on Rodriguez’s checklist? Graduate school at Notre Dame. He’ll begin classes next fall on a full scholarship. He’ll be pursuing a Ph.D. in political science with a focus on political theory and American politics.

For now, Rodriguez said his goal is to be the best teacher he possibly can. He’s also happy to have time to read regularly with Plato, Aristotle, St. Augustine, St. Thomas Aquinas, and Alexis de Tocqueville.

“I’m grateful every day for the education I had at Furman,” Rodriguez said. “I’d pay a million dollars, even more, to have that experience again.”