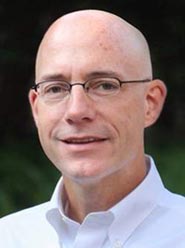 Furman recently announced that it had received a $500,000 gift to support its rapidly growing Poverty Studies program. Meanwhile, on the same day, the University of North Carolina announced that it was considering closing its poverty studies program. According to philosophy professor David Gandolfo, who chairs Furman’s Poverty Studies program, one of these universities is headed in the wrong direction. As you might imagine and as Gandolfo explained in an op-ed for The Greenville News, he doesn’t believe it is Furman.

Tagged In the News, Philosophy