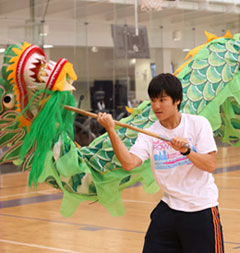 Furman has been sending students to study abroad in China since the 1980s, but the university strengthened its ties to the nation in 2005 with a partnership program established at Su Zhou University just outside Shanghai. Furman deepened those ties to China this year by establishing another partnership with Yunnan Minza University, a leading school in the Yunnan Province in southwest China that’s rich in biodiversity. The Greenville News had a front page story on the educational efforts that both Furman and Clemson are making in China.

Tagged Asian Studies, In the News