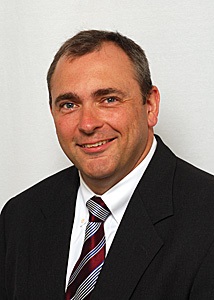 Hendricks, who currently is Vice President of Enrollment Management at The Catholic University of America in Washington, D.C., will begin his new position July 1, 2015.

“Mike is an experienced professional who has had success at every level of enrollment management—from recruiting to integrated strategy,” Davis said. “He is forward-looking, has a strong commitment to our traditional undergraduate program, and will also bring innovation and creativity to our continuing education initiatives for adults—offerings which are increasingly vital to Furman’s role as a provider of intellectual capital for the broader community.”

For more than two decades, Hendricks’ career has been marked by sustained achievement and an ever-broadening scope of responsibilities within enrollment management.  Most recently, under his leadership The Catholic University nearly doubled applications over a five-year period while also raising student quality, selectivity, and overall net tuition revenues.

He began his career in higher education admission and enrollment work in 1992 as Assistant Director of Admission and Financial Aid at Fairleigh-Dickinson University (N.J.). By 1997, he had risen through the ranks to become University Director of Admissions, supervising the daily operations and 26 professional and support staff members while also working as an assistant football coach for the institution’s NCAA Division III team.

From 1999-2004, Hendricks was Dean of Admission for Widener University (Penn.) where he also chaired a University-wide enrollment management committee that crafted a comprehensive plan for enrollment, retention, and tuition revenues.

He became Vice President at Catholic in 2004, serving as a member of the senior leadership team with responsibility for admission, financial aid, student business services, and other student-related campus services, including housing and dining.

Hendricks said his goals at Furman would include increasing enrollment demand while also promoting access and affordability, developing a comprehensive strategy for the range of Furman programs and offerings, and enhancing Furman’s prominence and market position.

“I am thrilled to be joining Furman at this point in its history,” Hendricks said. “As one of the nation’s top liberal arts universities, Furman provides many opportunities to build on its success and achieve even greater prominence. To me, this is a great opportunity to define and structure a data-driven, research intensive enrollment operation that integrates university-wide strategic planning and enrollment planning to achieve institutional goals.

“Furman’s liberal arts education gives students the skills to be successful in life—the ability to think critically, find creative solutions, and to see the bigger picture. These are qualities that make Furman graduates attractive to employers and graduate and professional schools. That’s a competitive advantage that assures the best and brightest will continue to seek admission to Furman.”

Hendricks holds a Bachelor of Arts degree from Lehigh University, a Master of Arts in Teaching from Fairleigh Dickinson, and a Doctorate in Education from Widener University.

He and his wife Christina have three children, Shea 16, Cecilia 14, and Wilson 13.

“Mike will be an integral part of our leadership team as we develop a culture of shared ownership of our enrollment management strategies—one where we recognize that each stage of a student’s journey from matriculation to graduation is critical to their overall experience,” Dr. Davis said. “We are pleased that someone of his caliber and character will be helping lead the way.”