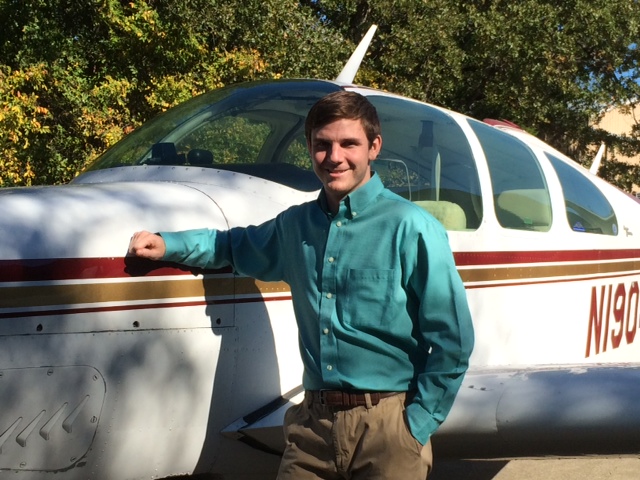 One week after Crit Jones ’14  graduated Furman, he was hired by Duggan Associates Inc., a consulting company specializing in operational excellence. A  few months later, the business and accounting major from Argyle, Texas, was touching down in Malaysia to begin a project with FMC Technologies.

Kirk Karwan, Ph.D., who was one of Jones’s professors, said that the business faculty were a little surprised at the speed of his ascent.

“He landed a job with an aggressive, smaller consulting firm that is expanding its reach,” Karwan said. “We would like to see more of our students placed in organizations like this.”

Jones started cultivating his relationship with Duggan Associates his junior year at Furman. Some of Duggan’s consultants had worked with a company where Jones’s father was employed, so Jones called the company’s owner, Kevin Duggan, to inquire about the possibility of an internship. Duggan offered him an opportunity in Rhode Island, where the firm is located.

Jones’s second internship with the company began his senior year when the Duggan asked if he would be interested in a project in Texas. When that internship ended, Jones told Duggan ” . . . that as long as he had work and could utilize me, that was the direction I wanted to go.” Jones kept in touch with the firm, and it wasn’t long before the next opportunity materialized.

In fact, after graduation, he did not interview with any other companies.

Jones, an associate with Duggan, works with senior associates to design processes and implement changes. As part of his initial job training, he spent time with several companies in Texas and Ohio to study value stream mapping, layout design, and mix model training, among others.

One of his early projects in Chicago was designing and implementing the future state value stream for GoGo Air, a company that installs WiFi on airlines. The project was of special interest to Jones, who has been a licensed pilot since he was 17.

“I grew up flying with my father,” he said. “Flying teaches you preparedness and how to follow standards.” That experience transfers to his consulting job.

His work with FMC Technologies in Malaysia also included designing a new layout and beginning implementation of the project. He will return to work on two other projects with the company that manufactures oil and gas equipment for offshore wells.

“Every situation is different,” he said. “It’s understanding how a process can be implemented. I want to have some industry experience and consulting gives you a wide perspective on various industries.”

Helping companies create robust processes “puts power in an employee’s hands,” he said, allowing them to solve problems in offices, on manufacturing floors or in designing a product.

Future plans including obtaining an MBA, he said, but he’s not sure when or how that will occur. It would be a difficult task to earn an MBA while working full-time as a consultant. His long-term goal is to become an entrepreneur.

“I grew up in an environment where my family owned a small company,” he said. “I enjoy the small business environment.”

His advice to Furman students is to use internships to start early in a career that they might be interested in, gaining experience in different industries. That experience can help when trying to find the first job because “you can point to your experience and say ‘I’ve done it before.’”

Employers want to hire someone “who is passionate about the experience,” he said. He also suggested that students not rely solely on businesses that come to Furman to interview prospective employees.

“You have to pursue a company you’re interested in and reach out to them,” he said.

Learn more about the Business and Accounting Department and Furman internships.