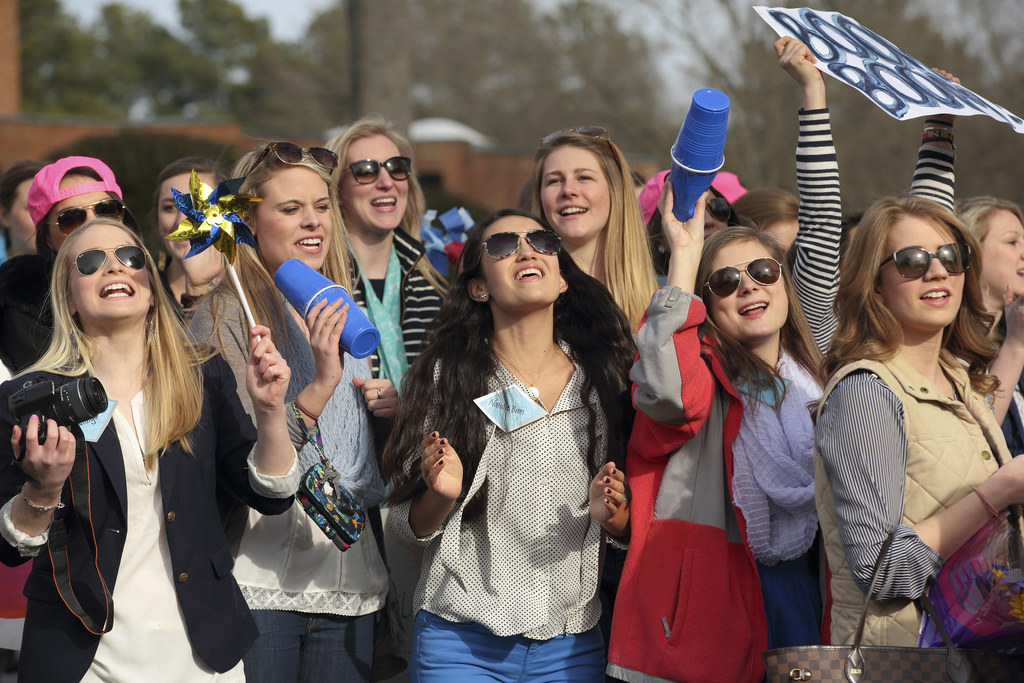 With less than 3,000 students, the words “too many” and “Furman” aren’t often found in the same sentence. So remember this day, both for its rarity and its fleeting status: Furman has too many women interested in joining a sorority, which is about to change thanks to the first addition to campus Greek life in more than two decades.

Furman’s student body hasn’t grown appreciably since national organizations were permitted on campus following the University’s split from the Southern Baptist Convention in 1992, but the number of students interested being a part of them has. According to Cameron Smith, associate director for student activities and Greek Life advisor, in the fall of 2013 57.8 percent of Furman women were members of a sorority, and 51 percent of the student body as a whole was involved in Greek life (compared to around 21 percent nationally). The result is the existing chapters are bursting at the seams.

“We’re much higher than most campuses. We’ve experienced significant growth in our sorority community in the last 10 years. Our average chapter size has increased from the high 90s to 149 in last spring semester,” she said. “So the feeling is being in a group that’s supposed to create smaller community within the Furman community that’s 149 women isn’t really congruent with the rest of the Furman student experience.”

Called “opening for extension,” Furman started the process when it sent letters to the 20 national groups not represented on campus inviting them to apply for selection. Thirteen responded, which is one more than came to Furman back in ’94 when the ball first got rolling.

“(It’s) really incredible actually,” Smith said. “It says a lot about Furman. It says we’re the type of school that national organizations see as a good investment and they really want to be here.”

It also says ZTA hit a home run with its application to emerge from the original pool before being picked from a group of three finalists in late September. Courtney German ’15 currently serves as Furman’s Panhellenic Council president, and as a result, the Medford, N.J., native couldn’t vote on whether or not to select ZTA. But she was heavily involved in the process and knew right away ZTA would be a good fit on campus.

“I love their philanthropy. It’s breast cancer awareness and education,” she said. “We have awesome philanthropies in all of the sororities that we have, and that was something I really think they will be able to spread around Furman . . . ZTA seemed to be the total package for what Furman was looking for.”

One thing ZTA won’t be able to do, however, is immediately ease Furman’s sorority numbers crunch. As Greek chapter members know, once you’ve been initiated into one you can never be initiated in another. That means that ZTA at Furman will be made up of all new women, which presents a unique opportunity.

Everything from chapter president to academic chair will be up for grabs when ZTA starts its “colonization recruitment” on Jan. 19, 10 days after recruitment for the other sororities on campus began, and the choices will be made within the first three weeks of ZTA officially joining Furman on Feb. 5. Initiation for new members will be in mid-April.

“We know that many groups were interested in becoming the newest sorority at Furman, and Zeta Tau Alpha is honored to have been selected as that group,” Conrad said. “Furman’s principles of Greek life align with our own values that we teach our new members during their seven-week new member program—namely, leadership, commitment, service to others, and academic achievement.  Furman has a strong reputation for recruiting the best and brightest students to campus, and the opportunity to be a part of this distinguished university was definitely appealing.”