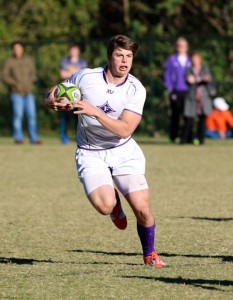 Goff Rugby Report has the Paladins ranked sixth while Rugby Today has Furman ranked seventh. Furman completed the fall season with a 9-2 record and captured the Southern Rugby Conference Championship. The Paladins fell to Notre Dame College 15-17 in the first round of the USA Rugby Round of 16 Tournament on November 22 but came back the next day to defeat Roger Williams 36-12 the next day.