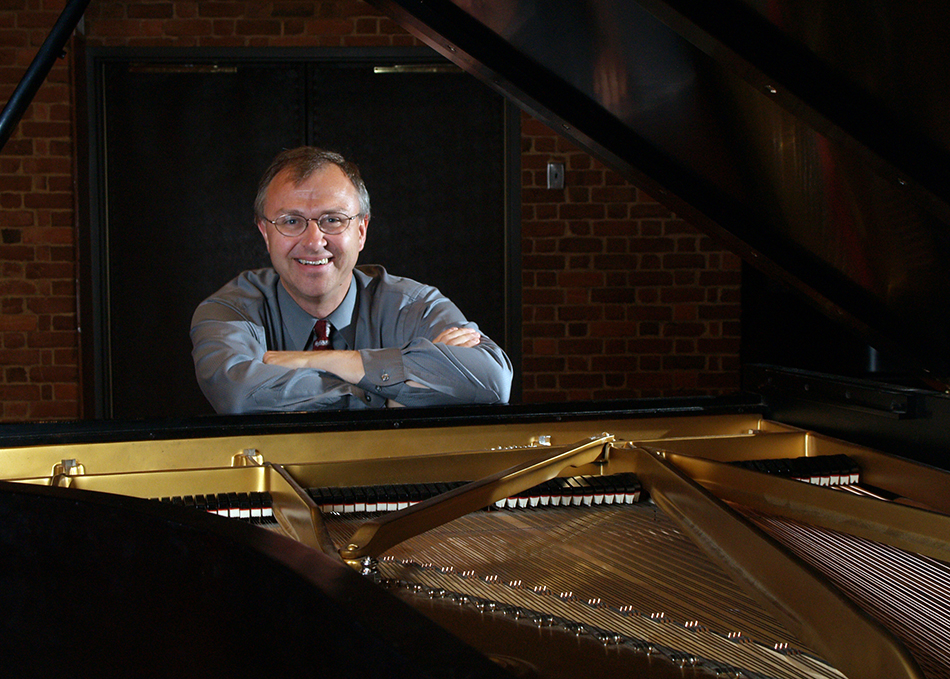 Furman professor of piano Derek Parsons has always found inspiration in the otherworldly talent of Franz Liszt, but he’s never been quite ready to take on the challenge of recording music composed by someone considered by many to be the greatest pianist of all time.

The South Carolina Arts Commission earlier this month awarded Parsons a $3,000 grant to fund the production of a CD of selected Liszt works, which he hopes to have ready for release before the calendar turns to 2015. A critically acclaimed pianist in his own right, Parsons has released several recordings on the Equilibrium label with saxophonist Clifford Leaman as a member of The Ambassador Duo, but this will be his first as a solo artist.

“I’ve waited a long time for this because I wanted to do something that I felt very strongly about, and I’ve lived with these pieces for a very long time. I’ve played them out and I’ve really kind of enjoyed the process of getting to know them,” Parsons said. “I just decided it’s probably time for me to put something down. I finally feel confident about doing something that’s a solo thing.”

Liszt wrote set pieces based on his travels in Italy during the 1830s, Parsons said, followed by another set later in life. That music ultimately led to this project.

“Over my time (at Furman), I’ve had three sabbaticals, and they’ve all been dedicated to the music of Liszt in some way. And then, in 2008, during the fall term I got to be involved with the foreign-study program that the music department offers with Italy,” he said. “The combination of my interest in Liszt kind of got me thinking about doing a CD of works by Liszt that were inspired by Italy.”

Parsons began recording in the Daniel Recital Hall early in the summer and received some funding from the Furman Research and Professional Growth (RPG) Committee, but without the SCAC grant he would have been hard-pressed to continue.

“For a performing artist, that’s our research so to speak,” he said. “Once that got accepted it got the ball rolling. Right now I’m in the middle of editing, which is a grueling kind of thing. But we’re making our way through it, and I’m hoping to have something by the end of December.”

Continuing to be a serious performer only helps Parsons in the classroom as well.

“I become credible as a teacher when the students see me struggling in the same ways that they do and working through problems and putting that product out on stage, or in this case a disk,” he said. “It certainly makes it a more valid thing when I’m asking them to do certain things in terms of professionally. For myself, it’s my ongoing research. You’re never finished with this.”