The Republican Party will emerge as the winner in next month’s midterm elections, Furman University Political Science Professor and Chair Danielle Vinson told a crowd of about 100 people Wednesday at the Upcountry History Museum. The question is, she said, how big will the victory be?

Vinson offered her predictions about the outcomes of Congressional races and what those results will mean for the political future of America. Her talk was the fifth of eight consecutive events in the university’s High noon lecture series this fall.

Republicans are defending six fewer seats in the Senate than Democrats, and seven of the Democratic seats are in states won by Mitt Romney. “This is not good news for Democrats,” Vinson said.

Political trends in recent years also give predictors of how November’s races will turn out. Only twice since Franklin D. Roosevelt’s presidency, in 1998 and 2002, has the President’s party gained in mid-term elections.  With President Obama’s approval rating at 40 percent, it is unlikely that Democrats will turn out to vote in large numbers, she said.

Three current issues also favor the GOP, according to Vinson. ISIL and Ebola, both security issues, and government incompetence with matters at veterans’ hospitals and the Center for Disease Control, have remained high-profile in recent months. While media reports on the recovering economy continue, they haven’t helped Democrats. The party will likely lose between eight and 10 seats in the House, Vinson said.

“The Senate will go Republican, but the question is, by how much?” she said.

Senate races in North Carolina, New Hampshire, Georgia and Kansas could be some of the most interesting to watch. In some cases, such as Louisiana where a run-off is a possibility, the outcome may not be known until January, Vinson said. 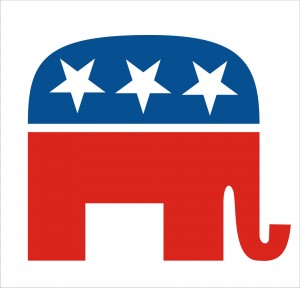 Political Science major Matthew Nickels ’17 of Brentwood, Tenn. was one of the youngest members of the audience. One of his priorities as vice president of the College Republicans is to provide students with more opportunities to get involved with government, he said. Nickels and other students were involved in promoting Gov. Nikki Haley’s visit to campus Tuesday for the gubernatorial debate.

The College Republicans are co-sponsoring a voter registration drive at the Trone Student Center this week with the NAACP and the College Democrats. “We want to get students excited about politics,” he said.

The Upcountry History Museum/Furman is located at 540 Buncombe Street in downtown Greenville’s Heritage Green area. All lectures in the High Noon series are free and begin at noon on Wednesdays.

A complete schedule of lectures is available on Furman’s website.