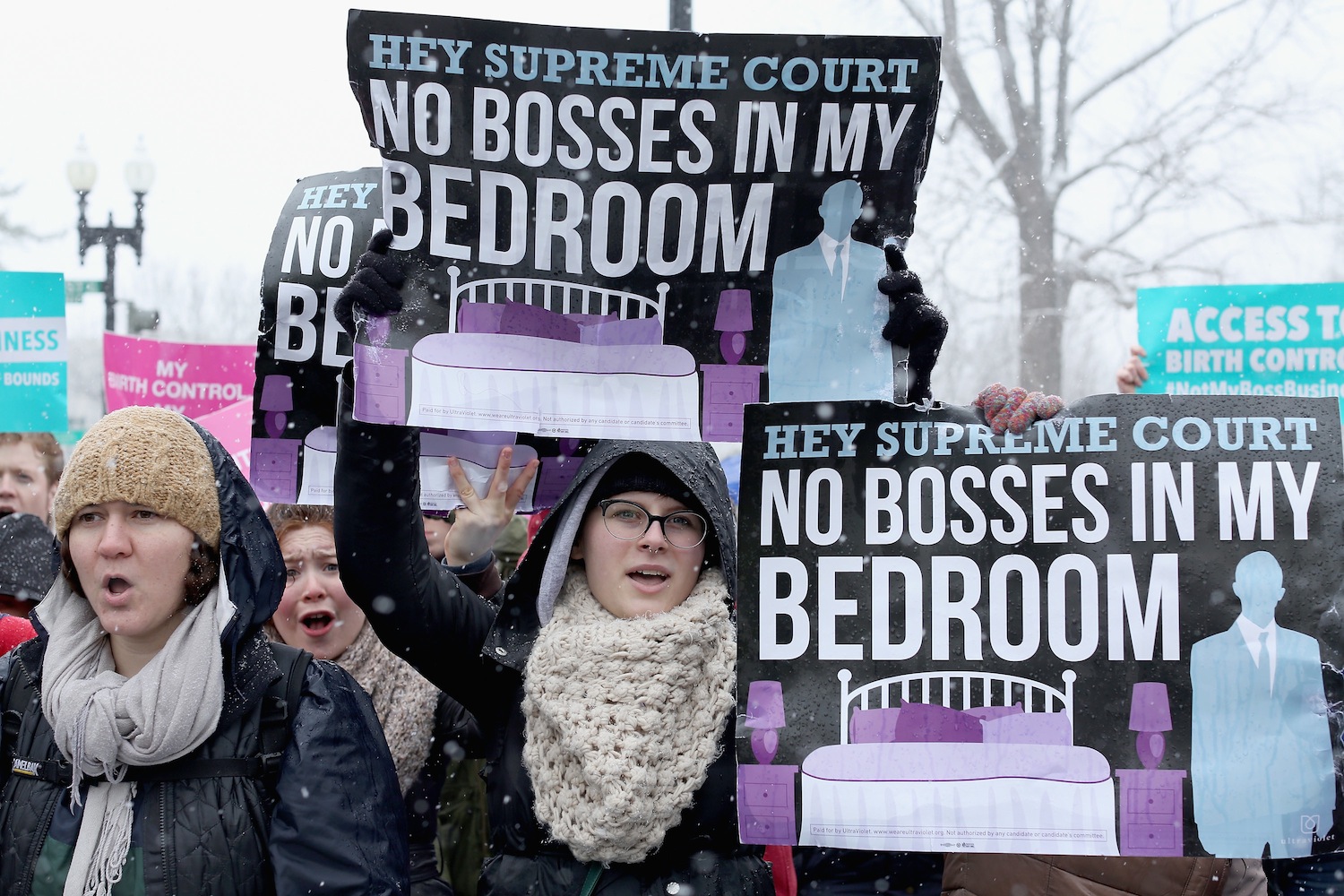 The U.S. Supreme Court’s Hobby Lobby decision, revolving around a core right provided by the U.S. constitution, has opened many doors to other legal actions involving not only religious freedom but women’s rights, corporation’s rights, and access to health care.

Holly Hollman, general counsel for the Baptist Joint Committee for Religious Liberty in Washington, D.C., was the keynote speaker.

“I like Constitution Day,” she told the crowd in the Watkins Room of the Trone Student Center. “ It’s the one day people are supposed to think about what I think about every day.”

“We often take this religious freedom for granted” in the United States, Hollman said. “My liberty is dependent on my protecting your rights.”

The Hobby Lobby case was brought under the Religious Freedom Restoration Act, which was lobbied for by the Baptist Joint Committee 20 years ago.  The Green family, owners of the closely held corporation, Hobby Lobby, said the mandate in the Affordable Care Act to provide employees with insurance coverage for birth control that was contrary to the Greens’ religious beliefs.  They claimed that being forced to provide insurance coverage for IUDs and emergency contraception was a substantial burden on the owners’ exercise of religion.

The case created “a clash of liberties,” said Hollman, referring to religious liberty and the rights of women to equity in insurance coverage.

The Affordable Care Act recognized that certain groups, such as religious organizations, religion-related entities, small employers and insurance companies that had never provided insurance for birth control, should be exempted from the mandate, said Kristy Maher, Furman professor of sociology.

However, no thought had been given to for-profit corporations, Hollman said. The question became can the Religious Freedom Restoration Act be applied to for-profit businesses and does the government have a compelling  interest in providing health care for women.

Concern has been expressed about employees being affected by their employer’s religious beliefs and the fact that an IUD can cost nearly a month’s wages at the minimum wage level, said Maher. There also is concern that the ruling may have opened the door to hundreds of more cases based on owners’ religious beliefs.

Teresa Cosby, a Constitutional law professor at Furman, said the background of the case needs to be considered. The Catholic Church and its bishops began pushing back against contraception availability in the 1990s. The issue at question, she said, can be considered either as a religious freedom issue or one of gender equity. The Christian evangelical community also became involved in the issue.

However, birth control is the only class of drugs that has ever been excluded from insurance coverage, she said. This became a real issue in 1998 when Viagra, a drug for male impotence, was covered. States began requiring birth control coverage then.

A question exists on how the culture of the court, primarily Catholic, played into the decision, she said.

Don Aiesi, a Constitutional law professor at Furman, pointed out that when a Native American group in Oregon wanted to use peyote, a drug, as part of its religious activities that was not allowed because the drug is banned by the federal government.

He also pointed out that the ruling may pierce the corporate veil that protects owners and directors of corporations. Corporations became legal persons a century ago although women and minorities were not considered persons under the law.

Calling the decision a “crazy ruling,” he said, “The corporation has a theology of its own.”

During the question-and-answer period, a student asked if she declared her beliefs a religion, would she be allowed to kill a dog during a religious ceremony. The answer is that safety and dangerous practices are not generally allowed, regardless of the religion in question.

Cosby said she expects continuing fights on whether corporations have individual rights. She also expects the Supreme Court to become an issue in the 2016 president election.

“Five-four decisions mean that a different court composition could mean a different outcome,” she said.