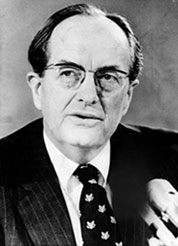 Johnnie Mac Walters, a 1942 Furman graduate who served as commissioner of the Internal Revenue Service under President Richard M. Nixon, died June 24 at his home in Greenville at age 94. Walters left his IRS office after refusing to prosecute people on Nixon’s “enemies list.” After graduating from Furman, Walters joined the Army Air Forces, where he served as a navigator on more than 50 combat missions in Europe and won the Purple Heart. He later graduated from the University of Michigan Law School. The New York Times reported on Walters’ death in a June 26 article.