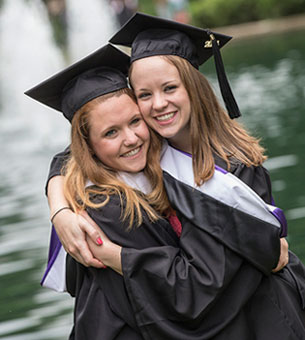 Furman University awarded 616 undergraduate and master’s degrees and presented a number of its top academic honors during graduation exercises Saturday, May 10.

The Scholarship Cup, given to the graduating senior with the highest academic average, was awarded to three students, all of whom had 4.0 averages.

Hambrick and Holt also received the General Excellence awards, given by the Furman faculty to the outstanding female and male student in the graduating class.

Furman Interim President Carl Kohrt, who delivered the commencement address, received the Richard W. Riley Medal for Promise and Achievement in recognition of his contributions to both the Greenville community and Furman.  The award is named for the 1954 Furman graduate who served as Governor of South Carolina and U.S. Secretary of Education under President Bill Clinton. 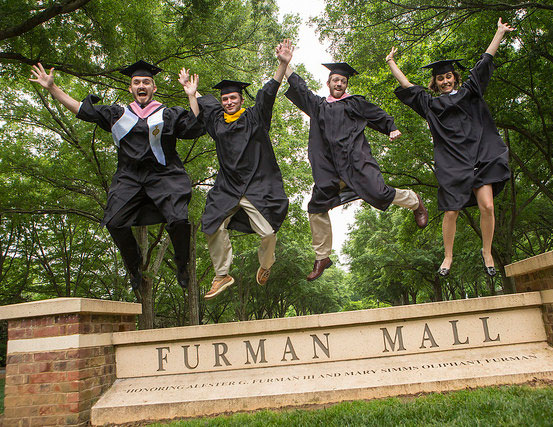