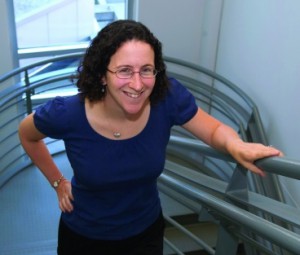 Her talk, “The Impact of Expanding Medicaid: Evidence from the Oregon Health Insurance Experiment,” is free and open to the public. The event is Furman’s 2014 American Enterprise Lecture sponsored by the Department of Economics, and is part of Furman’s Cultural Life Program.

Finkelstein is the winner of the 2012 John Bates Clark medal, which is awarded to the American economist under the age of forty who is judged to have made the most significant contribution to economic thought and knowledge. She is one of the world’s leading authorities on health economics.

The American Enterprise Lecture is supported by endowed funds that were given by Marsh & McLennan, a global professional services firm that focuses on risk, strategy, and human capital. As part of this lectureship, Furman has hosted four Nobel Prize winners, four Chairs of the Council of Economic Advisors to the President, and three winners of the John Bates Clark Medal, as well as authors of notable books such as Freakonomics (Steven Levitt), The End of Poverty (Jeffrey Sachs), and In Defense of Globalization (Jagdish Bhagwati).

In addition to the public lecture, Finkelstein will speak in the Health Economics class and spend time in informal conversation with Furman students throughout her day-long visit.

A list of past American Enterprise Lecturers can be found at this link.

For more information about the event, contact Furman’s News and Information Office at 864-294-3107.