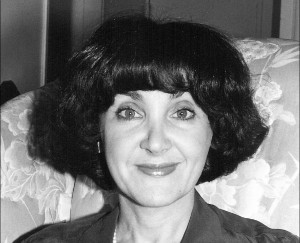 Her talk, “Altruistic Behavior During the Holocaust: Implications for Today,” is free and open to the public and is presented as part of Greenville’s Year of Altruism by Furman’s Office of the Chaplain. Fogelman’s presentation is also part of Furman’s Cultural Life Program.

Throughout the Nazi Holocaust, the incidence of altruistic behavior toward Jews existed only among a rare few members of society. Amid the perpetrators of murder and passive bystanders during World War II and the Third Reich was a minority who risked their lives to save Jews from certain death.

Dr. Fogelman’s talk explores the characteristics and upbringing of this minority, their motivation to rescue, and how the rescuers’ altruistic behavior can be applied to past and present genocides.

Fogelman is a social psychologist, psychotherapist, filmmaker and author. She is author of Pulitzer-nominated Conscience and Courage: Rescuers of Jews During the Holocaust, writer and co-producer of the award-winning PBS documentary “Breaking the Silence: The Generation After the Holocaust,” and contributing producer of Academy Award-nominated film “Liberators: Fighting World War II on Two Fronts.”

She is founding director of Psychotherapy with Generations of the Holocaust and Related Traumas, and co-director of Child Development Research at Training Institute for Mental Health. She is an advisor to the United States Holocaust Memorial Museum and a frequent lecturer nationally and internationally.

For more information, contact Susan Bennett in Furman’s Office of the Chaplain at 864-294-2133, or susan.bennett@furman.edu.