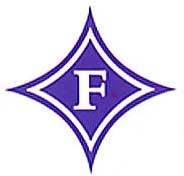 The Paladins are coming off an improving fall season which saw the team compile a 4-2 record and third-place finish in the 12-team Southern Rugby Conference.

The Tar Heels completed their fall run in the Atlantic Coast Rugby League with a 1-5 record.

The contest is a friendly, or non-conference, game for both teams.  It marks the first time the pair have matched up.

“Like most division I teams, UNC will probably be bigger and deeper than we are,” said Furman Coach John Roberts. “This will be a good test for the squad and we are looking forward to the game.”

Furman normally hosts rugby games on nearby Roberts Field, but the game was moved to the football stadium as it is a lighted facility. Admission is free.

With the conference season completed in the fall, Furman has scheduled a pair of Division I teams this winter. The team will travel to the University of South Carolina on Feb. 8 and will face traditional rival The Citadel in Charleston on Feb. 22.

The Paladins will devote the rest of the Spring season to 7s and are scheduled to compete in Southern Rugby Conference 7s Qualifiers in Charleston (March 22) and Boone (April 19).

Top finishers in those qualifiers will advance to the SRC 7s Championship Tournament to be held April 26 at UNC-Greensboro.