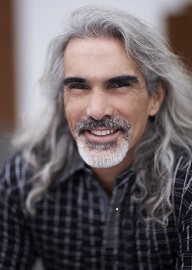 Penrod was named the National Quartet Conference Soloist of the Year in 2013 on the heels of receiving an award for the 2012 number one-selling southern gospel album “Hymns” which has sold more than 100,000 units. The project also won Penrod two Dove Award nominations this year.

His show will include songs from “Hymns” as well as “Breathe Deep,” another release that climbed the southern gospel charts in 2010.

Penrod launched a solo career in 2010 after recording 14 records with The Gaither Vocal Band.

Son of a preacher and native of Abilene, Texas, Penrod is known for his career with the Vocal Band, as well as appearances on the Great American Country network and RFD-TV. He was inducted into the Texas Gospel Music Hall of Fame in 2011.

Gold record-winning artist Buddy Jewell released CD “I Surrender All” in 2011. His number one song from the album, “Somebody Who Would Die For You,” earned him titles as Crossover Artist of the Year and Entertainer of the Year in 2011.

Tickets are also available at all Ticketmaster outlets, by visiting www.ticketmaster.com, or by calling 1-800-745-3000 to charge by phone.