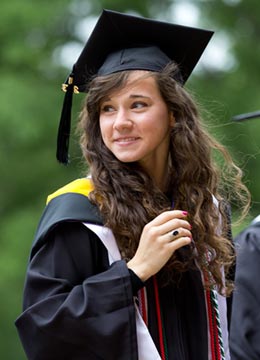 GREENVILLE, S.C.—Furman University awarded 590 undergraduate and master’s degrees and presented a number of its top academic honors during graduation exercises Saturday, May 4.

The Scholarship Cup, given to the graduating senior with the highest academic average, was awarded to six students, all of whom had 4.0 averages.

Correnti and Emily Elizabeth Wirzba, a philosophy and political science major from Hillsborough, N.C., received the General Excellence awards, given by the Furman faculty to the outstanding female and male student in the graduating class. 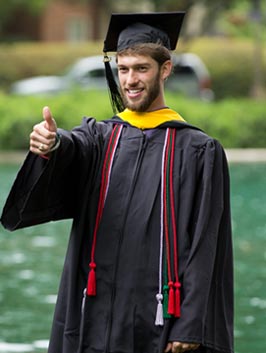