Jacob Milchuck, the 2012 most valuable player for the Raleigh (N.C.) Rattlesnakes and captain of last year’s North Carolina U-17 All-star team, has accepted a Furman rugby scholarship and will enroll at the university this fall.

Milchuck, the son of Frank and Beth Milchuck, is a senior at Athens Drive High School. An honor student and a rugby youth referee (level I), Jacob began playing rugby four years ago for the Rattlesnakes, a team his father currently coaches.

Since that time, he has kicked almost every conversion and penalty kick for the Rattlesnakes and has a range of 50 meters.  Milchuck, 6-1’ and 210 pounds, has played scrum-half and fly-half. 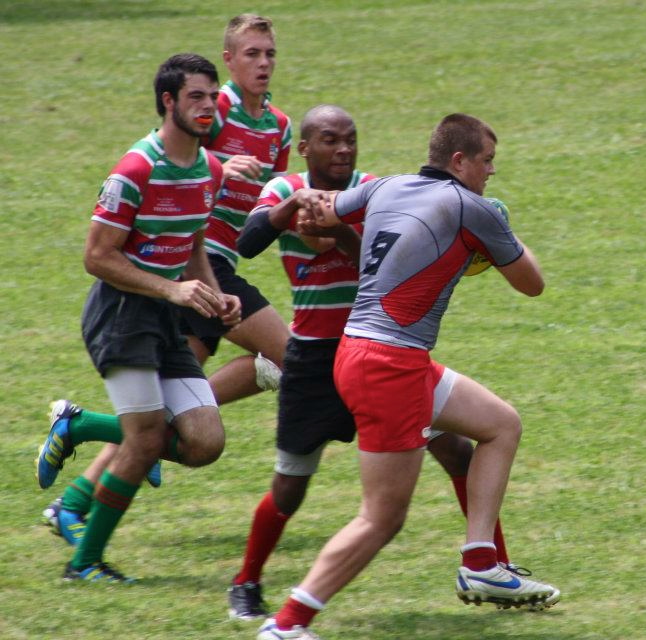 “I’m honored to accept this scholarship to play the game that I love.  My goal is to compete at the highest level and I’m confident that Furman University will fit both my academic and rugby needs.”

Frank Milchuck, a longtime rugby player, is proud that his son earned a scholarship playing the sport he loves.

“With rugby becoming more popular and being included in the Olympics, I feel Furman University is being smart by investing in this sport,” he said. “ By offering scholarship dollars, Furman will be recognized nationally not only for its academics but for its commitment to the game.  I am impressed with Furman Rugby’s conviction to be a true “scholar athlete” program.”

“Jacob will be a great fit for us and Furman. He is a coach’s son, understands the game well, has a booming kick and is a serious student,” says Roberts. “We will have a dynamic backline next year and I expect Jacob to contribute.”