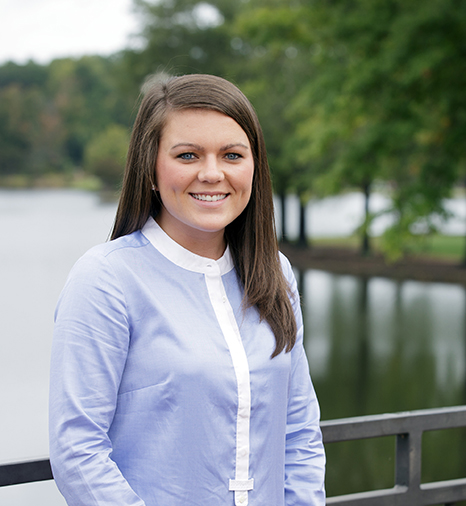 “When I came here, a lot of what I did at first was just ask; ‘What’s the way we’ve always done it’?”

Cameron Smith took a moment to explain her position as assistant director for student organizations and Greek life on Tuesday. It was a rare respite for her from the past few busy weeks. Furman’s first “Greek Week” in 11 years wrapped Thursday. Sorority Bid Day ended the formal recruitment process on January 20. At the moment, every fraternity and sorority chapter on campus is transitioning its newest members to become initiated sometime later this spring.

It has really been a rush since Smith came to campus last July, but she says she has found a “rich history” of Greek-letter organizations at Furman to build and grow. The first social fraternities appeared at Furman in 1892. Among the 14 active chapters on campus today, two are “single letter chapters,” some of the oldest chapters of their kind in the nation. A strong tradition is also reflected in the large number who choose to “go Greek” today – more than half of Furman’s 2,800 students.

“We have room to grow as a community, not necessarily in numbers, but in the way we conduct ourselves,” says Smith, who is looking to lead organizations on campus to “not just meet what Furman expects, but meet what we [Greek organizations] expect ourselves.”

While each group has its own unique rituals making them distinct from others on campus, Smith says all Greek organizations provide their members common principles and standards to uphold.

“Living up to these principles allows you to have a better collegiate experience,” says Smith, a sorority alumnae of Virginia Tech, adding that beyond a set of common principles, organizations create accountability, the ability to self-govern, a sense of belonging and the opportunity to work well with a diverse group of people.

The return of Greek Week this month was a sort of “platform to express what Furman’s Greek-letter community is capable of doing.”

The competition, which took place between teams of four and five organizations in a design intended to promote teamwork among various chapters, held the most successful blood drive in campus history by collecting 91 pints. A sculpture contest brought in more than 1,000 cans for the Berea Baptist Food Bank. A light-hearted clue-hunt around campus promoted Furman spirit by having teams tweet pictures of campus landmarks like the rose garden, library fountain, and Belltower path @FuGreekLife.

“A lot of times we have this idea of pride in a specific organization,” said Smith of campus groups. She’d like to see a shift for Greeks and independents alike to embrace a kind of pride that comes from “just being at Furman.”