Furman University put a wrap on its fourth annual rugby camp Sunday with a record number of campers and a few different twists.

For the first time, the camp devoted more than a day to the instruction of sevens play.  The camp’s record 34 participants also took part in a 7s tournament that was held Saturday night.

“With rugby sevens being embraced by the Olympics and more sevens being played on television, we felt demand warranted some sessions on sevens,” said Furman rugby coach and camp director John Roberts.

Roberts said this year’s group was the largest, most athletic and experienced camp roster he’s hosted.

“There were just a couple of new guys,” he said. “For the most part, the players had two or three years’ experience.”

Throughout the camp coaches touched on offensive and defensive strategies and pattern play with special attention given to setting the ball. The group also focused on line outs, scrums and how to effectively move the ball forward.

In keeping with camp tradition, campers were divided into three teams on the opening day of camp.  The teams – Spartans, Volunteers and Paladins – competed in a series of rugby drills, games and activities unrelated to rugby including swim relays in the Furman pool, corn hole and volleyball.

This year the Paladins took the crown from the Spartans and were rewarded with a set of Tennessee jerseys. 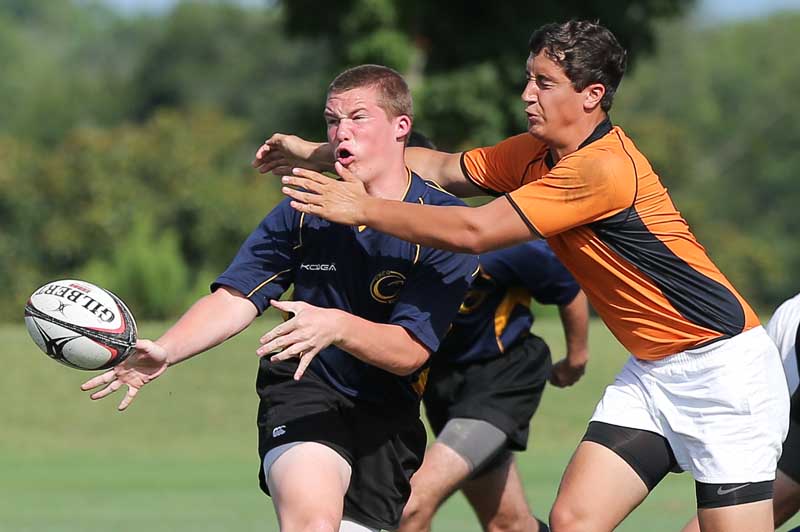