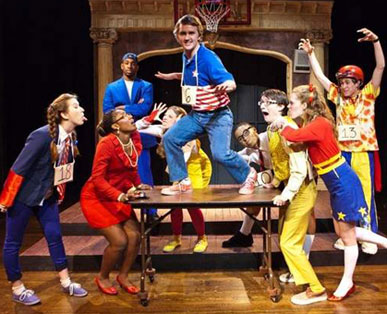 Tickets are $20 for general admission, $17 for seniors, $14 for Furman faculty and staff, and $10 for students.  Parental guidance is suggested.

Spelling Bee, with music and lyrics by William Finn and book by Rachel Sheinkin, is a musical comedy that follows several quirky, tween, spelling bee contestants as they battle for victory. While the musical celebrates (and makes fun of) their desire to succeed, this charmingly awkward group of overachievers eventually learns that winning is not everything.

For ticket information and reservations, call the Theatre Box Office at 864-294-2125.